The Will Of The Flesh 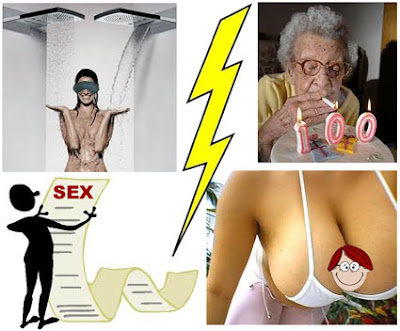 Church was good today. You might remember -- I've written about him before -- my minister is Pastor Wadd. Think back to January when we had the emphasis on delaying deliveries of beds from bed stores and even trying to outlaw beds all together. Because Pastor Wadd's specialty is addressing sexual addictions, both in counseling sessions and in church itself.

So I was leery at first, since I figured the Pastor would always be fishing around in our personal business, and, what would be especially bad for me in particular, trying to make us feel guilty. Indeed, he does all that and more, but he does it with a lot of affection, like he's very interested in what we're up to so he can help us through it. This isn't to say I'm actually guilty of anything; I'm actually not; I'm pure as the hoar frost that God scatters (Psalm 147:16). But I have a very guilty look when I know people are looking for guilt.

Anyway, in church today, Pastor got on the subject of "The Will of the Flesh." That was his sermon title and also the subject for testimony time. He called for some outright confessions of the will of flesh, how it's been going, the aim being to get it out in the open so it could be dealt with by the community.

Little Johnny -- he's not so little anymore, being now about 15, but we've been calling him Little Johnny for years -- said he saw some cleavage at Little Caesar's, but he immediately looked away after about 5 minutes. Everyone chuckled, kind of a nervous chuckle, including Pastor. Pastor said, "That's something for you to work on, cutting it down." I was sitting there wondering what it looked like, but who hasn't seen cleavage? But 5 minutes, that's an assault.

There was a woman, around 30, Lori, who said she's been able to cut her shower down to about 3 minutes. "Did you catch a glimpse of yourself?" she was asked. She immediately said no, then said she caught a small glimpse when drying. Pastor advised her to cut her shower to 2½ minutes, the quicker the better, in and out. And maybe invest in some dark glasses.

Sister Bertha raised her frail little arm, giving Pastor the opportunity to announce that this is her 100th birthday, and said we'd let her pass this week, which is just as well since she's had nothing to report for the last 30 years, they say.

Deacon Miller, a very victorious fellow -- he does a little bit of everything for the church -- reported he had 10 separate occasions in the past week when he was confronted by the will of the flesh. He was looking at a list so I'm sure it was an accurate count.

That's about it. Church got out and I went to Little Caesar's for pizza.
Posted by dbkundalini at 5:01 PM