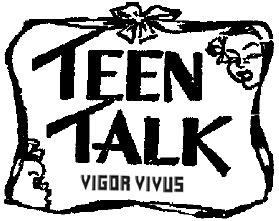 It's Saturday night and I'm feverishly working on a little talk they asked me to give tomorrow. Of course I mean at church. I told Pastor Wadd about Vigor Vivus, which he hadn't heard of before. I wrote about it a few days ago, and I guess he doesn't read my blog.

He thought it sounded like kind of a weird word. I told him I've been spelling it as two words, but he thought it still sounded weird. Then I sketched it out as simply as I could, that it's the opposite of Rigor Mortis. Rigor Mortis and Vigor Vivus have been butting heads forever, even if there hasn't always been a term for it. He was curious to hear more, probably figuring he can give it a sexual spin, since that's his ministry specialty, addressing sexual addictions.

Anyway, I kept it all non-sexual, telling him that the way I've been conceiving it, it has to do with a person's attitudes, whether they're living a Rigor Mortis lifestyle, or, with attention to themselves and their possibilities, they're living the Vigor Vivus way. Of course I also gave it a religious spin especially for him, that God gave Adam and Eve the Vigor Vivus lifestyle to live, but they ate the forbidden fruit, God told them they would surely die, and that's very similar to the Rigor Mortis way.

He loved it, and I hate to be presumptuous, but wouldn't it be wild and fantastic if he did incorporate a RM vs. VV theme in his teaching and counseling, whether having to do with sexual addictions or not? Since he's a man of the cloth, it might go all the way up to the mega churches, then demand will be so high that I'll be doing satellite hookup meetings with churches all around the globe, coming out in my $1,000 suits, chatting up the audience, and changing lives with this simple, yet profound, message. Then I'll make money on all my books, "The Vigor Vivus Life," "More of the Vigor Vivus Life," "Viva Vigor Vivus," and so forth.

It turns out he loved it so much that he asked me to come talk to one of the teen Sunday School classes tomorrow. So that's why I'm working feverishly tonight, trying to work up a talk that interesting enough to keep them quiet, and relevant enough to their way of thinking that they'll listen ... and apply it to themselves.

I'm really kind of nervous about it. I'd much rather talk to the old folks' class, because I know they'd definitely be quiet, and of course they'd compliment me profusely, since that's the way it always goes with them. They're happy with anything if you offer it in a cheerful, friendly way, which is the only way I know. Or I could present it to the younger adults, whose brains are fully developed after 25, so they would sit still and be nice about it. And they're the ones who would really need it, since the demands of life are so much greater. Rigor Mortis might be their constant choice, like it is with anyone so stressed out that they feel they need an energy drink. You don't need an energy drink! You need Vigor Vivus! See, I'm excited about it!

But to do it for a roomful of teenagers...oy vey. You might not know this, but if there's just one cut-up in the class, most of the others will rebel. It's only the two or three who've done extracurricular activities who are semi-mature enough to be good. I remember being a teenager, and, more importantly, I've been privy to the ways of teenagers even in church. Why do you think this opportunity opened up for me so easily? Because the regular teacher has sent out the word that if there's anything else they might do, accept it without question, because he needs a break. He's probably drinking to calm himself. He needs the Vigor Vivus teaching, because he's obviously dwelling in a Rigor Mortis state of mind.

What, though, can I say to the little hellions? If they hear words like Rigor Mortis and Vigor Vivus, being idiots whose brains aren't even 10% developed yet, they're going to go blank, then they'll cover their tracks with cutting up. But those are the words I have to use. So, just thinking out loud here, I'll speak of Rigor Mortis as the ways of "a dead man walking." They'd like that image, the staggering of a zombie, which I might even do as an icebreaker. I can put my hands out like a zombie. Then Vigor Vivus, I can speak of it like a guy getting ready to ride a hot air balloon, or drive in the Indy 500, or pump iron. He's a man who lives on the edge, who went for all the gusto and has lived to tell about it.

As for popular references -- that's always important for teenagers, to let them know you're hip to their culture -- naturally I'll have my cellphone there for them to see and examine. And maybe when I'm looking for something, I can accidentally pull my iPod out of my pocket, "Oh, there's my iPod, I've been downloading an awful lot of cool MP3s. It's getting heavier all the time!" Among my other gadgets, I have a portable scanner, a camera, and at least 500 of the best CDs of the '50s, '60s, and '70s. I really do, but I kid. I also have some from the last few years, Natasha Bedenfield, Daniel Powter, Gwen Stefani, and Rihanna, although not her new one. And Lady Antebellum, I have that one.

But much more importantly, I have the timeless teachings of Vivor Vivus, using your willpower and stimulated awareness to live life to the fullest, thwarting and destroying the works of Rigor Mortis. Plus I'll throw in a few things about the Lord, the piece about Adam and Eve, and I think it'll go great.
Posted by dbkundalini at 7:28 PM