The Deflowering Of Swami Masturbananda 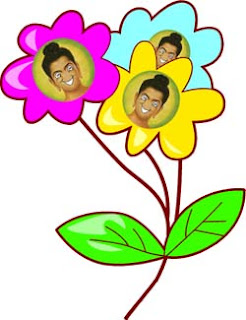 I love the teachings of Swami Sri Masturbananda. He's so laid back and free. Everything about his way is airy and light. There is such a big difference between the master, and, say, a teacher like Pastor Wadd, whose constant battle-cry is "Abstinence!" to the point of self-castration. One finds the highest consciousness in our nature, the other says to deny nature and somehow you'll gain your reward.

I've been cleaning up around the back yard, fallen leaves, other things that have blown off the trees, twigs, etc., and some of the flowers that have withered up and died with fall. Seeing a big basket of crunchy chrysanthemums makes me think of Sri Masturbananda's teachings on the cyclical nature of things, and what we can do about it.

There's all these flowers -- the lilies of the field and wildflowers of all kinds out on the hills, unnoticed by any. But they have their day in the sun. And if someone comes along to pick them, that's just as well, too! They'll repopulate the place -- the others -- to make up for their plucked comrades. The bees are standing guard to make sure it gets accomplished. With the deflowering comes more flowering in its place!

I can see the eternal spirit of Masturbananda in every field of posies. He's the true bloom in a field of weeds. If we were to imagine weeds as a bad thing for a moment, and of course they're not, they might represent the more ascetic masters (and I'm charitable enough even to include Pastor Wadd in that number), who keep their business nice and tidy, but also ultimately withered and shriveled. I know there's some karma I'm accruing by speaking this way of them, but I'll work it out later.

What's the value of any of this? Just this, that in those five to 10 seconds of ecstasy we have the glimpses of the divine consciousness that ultimately will be our constant state. Whether it takes a million years or a million incarnations to reach makes no difference. Our creator has given us the means of glimpsing the glory here and now, and our master, Swami Sri Masturbananda, puts it within easy reach of every man. (Women have a parallel means of glory, but you'd have to ask them exactly how it works.)

Flowering and deflowering, the way of true life! Blessings from the master ... and of course to him!
Posted by dbkundalini at 11:06 AM