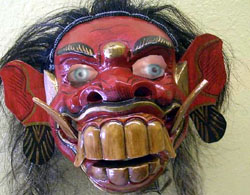 I keep driving by places that have signs saying they'll buy gold. And I wonder how that would go, since I still have a tooth-thing, a bridge (I guess it's called), out of Grandpa's mouth. He had to have some other dental work and they took this gold thing out. Now that he's long dead, it'd be OK to part with it.

I keep thinking I maybe should take it in and see what I could get for it. Because isn't gold something like $1,300 an ounce. Whether this is an ounce or not, at least it's something. And it might be an ounce, since a thick letter is an ounce. I could probably put it on the mail scale.

OK, that's one temptation, take it in and sell it. But I'm reluctant for a couple reasons. 1) I don't want these gold dealers to be scoundrels just out to cheat an ignorant public out of their gold. They might fast talk me and next thing you know I'd be walking out of there with 10 bucks. "This is an inferior grade of gold commonly called fool's gold," etc., etc. And, 2) If I sell it now, I won't have it for later if the survivalists are all right and paper money suddenly becomes worthless. This one gold bridge might keep me in groceries for a couple days 20 years from now.

How exactly, though, we're supposed to buy stuff with gold is something I really can't figure out. If I had a big bar of gold bullion -- What? -- am I supposed to carry it around and have chunks sliced off every time I want to buy something? That's no good. How would they give me my change? A few little specks of gold powder? I don't know how it's supposed to work.

Then someday there I am in the store with Grandpa's gold tooth, and they're telling me it's too bad he chewed on it so much because now it's just about worthless. Or there's some other problem. Everyone else is rushing through the speed lane with their piles of gold and I'm standing there with complications. They might even complain there's still little bits of petrified food stuck in the grooves and that taints the purity. No one wants to get that in their change, a piece of 35 year old pork chop.
Posted by dbkundalini at 5:10 PM