Would I Like To Be Friends With Bob Dylan? 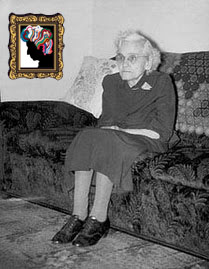 I had this same thought and wrote about it in 2009 when Bob Dylan was being picked on by the police for something, being suspicious on a sidewalk or something. And somewhere I wrote about what it'd like to talk to Paul McCartney -- same kind of thing -- once you said "Hello," where could it go from there? There's all kinds of problems.

But why Bob Dylan today? I was looking at a boxed set of CDs they recently put out and came that close to buying it. Then as I was driving home I was thinking about the whole thing of buying music. Say you had a bunch of CDs by someone, then you met them and they treated you like crap, would you ever still be able to listen to them again? Or would you break them and throw them in the trash -- not the recycling, note, but the trash?

I've heard Bob Dylan can be a little off on being friends with people. I don't know if that's the best way to put it. Well, if so, we have that in common. I'm actually a very friendly guy, but quite frankly I don't meet that many people who want to be friends with me. Maybe I'm not trying that hard, or maybe it's just very hard to actually make and be friends. I don't know what the problem is. I didn't have any problem in school or in college, not very much. But you get to be an adult, you're separated from that daily contact, etc., and next thing you know, you're out there alone.

As for a guy like Bob Dylan, then, let's say, he's famous, and so he might be suspicious of anyone hanging around him. Like, "Do people want to be around me because I'm Bob Dylan or because of some other innocent reason?" That's a great question. Because notice I'm not writing this article about Joe Blow, although, by the way, I wouldn't mind being friends with him either. I'm not saying much about Joe because there wouldn't be that many weird logistical reasons why our friendship could never be as there would be potentially with Bob. I was actually driving up the way on the way home and saw some random guy and was thinking he looked like he'd be a decent friend to have. And being a local guy, he seems more realistic than Bob.

Now, let's say Bob Dylan suddenly wanted to be friends with me. I think I'd be OK with that. But I could anticipate all sorts of problems coming out of the fact that I've been listening to his records for decades and he's never heard of me. I really don't listen to them all that often, but you know what I mean. Then there's the vast difference in experience. He's traveled the world and eaten backstage a lot. I've been right here in town. I was backstage in church at a puppet show once but there wasn't any food.

What would we talk about? I might talk about this right here. Although that'd be over in 10 minutes, then what? Well, if we were actually friends, we'd just watch TV, play cards, or whatever. It'd be as boring as could be probably. The last time I had a close friend like that, the way I remember it, we walked around, made jokes, laughed, hung out down by the river, listened to records, ate, went out, talked about the news, dreamed about books we were going to write, etc. It was very natural.

Am I starstruck about Bob Dylan? Not really. But when you see someone's boxed set, it's worth considering, If I bought that and ran into this guy, would he like me in return?
Posted by dbkundalini at 3:34 PM