The Local Man -- Our Unsung Hero 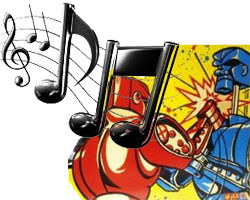 Being a local man myself, I have an ideal understanding of the conflicts and challenges the local man faces. I also have a great familiarity with the bright, happy times, which the local man also enjoys.

In a way, I feel like I'm all alone in most of this, especially the understanding. I've straddled both worlds, the local places and the bigger, more cosmopolitan places. So I've seen it from every angle, but, as they say, there's no place like home. I've taken up my place here where I was mostly raised, keeping close to the soil.

The little people are all around me. That's my day, seeing little people. At the grocery store, the cafe, in the courthouse, walking down the street. I see John Q. Public going on his anonymous way. Like I said, I'm alone in that, since insofar as I know, I'm the only one keeping an eagle eye out for him. Then again, I'm the guy who wonders to himself why we neglect so much history, such as the waving of corn, the flying of birds, and the breeding of fish, or the passing of clouds. No one's getting all this stuff documented. It's all happening very anonymously. Even the dying of dogs. You don't have to report it.

And so it goes. The world's a funny place, exalting a proud few, whom we call celebrities. They're exalted, then they go about their miserable lives, the same messed up people as the rest of us, yet making front page news. I don't want to mention names, mostly because I don't really know that many celebrities. Elizabeth Taylor just died, so she'd be a good example. How many times have I had to hear about Elizabeth Taylor in my life? She was the cover girl for so many of Grandma's movie magazines back in the day. We kept track of who she was married to and divorced from. And it wasn't just home, but church. That's right. Back in those days, she was held up in church as the consummate Hollywood scandal incarnate, thanks to her marriages and divorces. We definitely learned back then that the Hollywood types weren't very happy.

So they're held up, but the rock solid, salt of the earth, guy at his labors, the local guy, is just a footnote in the pages of history, and of course presented in the aggregate. Which probably is as it should be, since he wouldn't want to face the scrutiny, then have to live up to it by doing foolish things, which we still hear of our Hollywood folks doing. Personally, I don't pay much attention to it. Consequently, I never do good at celebrity trivia, even on Jeopardy. Speaking of Jeopardy, today one of the contestants referred to Alex Trebek as a celebrity. Of course he is one, but it was odd that he didn't demur on that a little, even if he had to pretend, like, "Who? Little old me?" Had he done that, at least it would've been in the form of a question. And the local man would've given him a nice thumb up.

I know all about local men, but there's not always that much to say about them, because they're just not that interesting. Which is why they'll never be a celebrity. You could have an average guy out there, so they could make fun of him, but that doesn't count.

The local man, then, is my unsung hero of the day.
Posted by dbkundalini at 7:47 PM