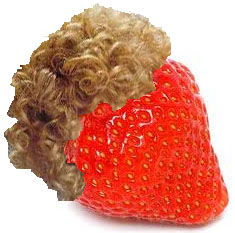 Right outside my door here, on the road, the Jolly Wagon used to make its way up the road and back.

We were fortunate the road was (and is) a dead end, because it always gave us a second chance to get a dime and some ice cream.

It's cruel fate -- or the changing of ice cream merchandising (the big convenience stores could be blamed) -- that now that I'm an adult with a whole pocket of change that the Jolly Wagon doesn't come by anymore.

I'd like to think it's in a garage somewhere, even if its rusted out and setting up on blocks. Because, who knows, I might go to a garage sale and happen to see it there and get another looksie at it. Even though I think I remember it sufficiently to picture it. I'm mentally picturing something right now that at least sort of looks like it.

Its basic color before it rusted out and lost its wheels was white. It had red print on the sides and I believe a pleasant picture. It said Jolly Wagon. It had a truck seat, I believe the sides were open, and a refrigerated unit was in back (all this was of a piece). There were two wheels in back and one in front, in the center.

The song it played as it went by was, "I married the girl with the strawberry curl and the band played on." It was a happy song if you got a dime and only happy as a matter of memory if you didn't. If I had any brains, I would've been born to a family that spoiled me rotten. I'd be a big fat waddling ice cream giant, assuming the Jolly Wagon also went to the nicer neighborhoods.

Some time over the years, I lost track, it quit coming. Us kids grew up and weren't out there anymore. But weren't there other kids to take our place? What may have happened, I can't pretend to know. Maybe it really was the big convenience store powers, or merchandising shifts, or the Jolly man may have mismanaged his books, or hired an assistant who ate all the profits. Or maintenance needs on the wagon may have gotten the best of him. He got in so deep, he couldn't get out, and jolliness turned to despair.

I just thought of this -- maybe he died. That would about do it, if the widow couldn't sell or wouldn't sell, or if there was no buyer. That'd explain how it ended up in a garage with no wheels. Since inactivity is always the demise of tires. Likewise, there's no surer way to lose something to rust than to turn your back on it. Time does the rest.

Then his kids probably wouldn't want to be Jolly Wagon guys. They would've likely had better jobs, with families to support. And it's hard to do that with a pocket full of dimes.

Let's just assume the guy was old at the time. He probably enjoyed giving gum and chocolate to native kids in the war. So he gets the idea here at home what to do. Then he sees a Jolly Wagon ad in a merchandising magazine (Billboard?), takes his lawn mowing money and buys one, more or less as a hobby and to do good for us kids. But it's not something that's easily handed down once you die. Can anyone think of a second generation Jolly Wagon operation?

That's something. Every guy who gets it in mind to be a Jolly Wagon driver has to start from scratch. The trucks never last more than the 15 years (overestimating) it takes for the guy to die or get burnt out or for the kids to grow up.

I don't think it'd be for me -- for several reasons. The kids these days might steal it and I'd have to walk home. Because they're more prone these days to steal and kill. Everything's a video game for them, as is well known, and you're just a target for their insatiable blood-lust. They might not even like ice cream today -- too sedate a treat. They'd prefer hot wings and a can of beer. I'll just say it, they're bad rubbish, ruined by crummy parents of one of the generations that followed mine.

Anyway, I have my happy memories. I can still see the sun shining through the maple leaves as they swayed in the wind. Here comes the Jolly Wagon! The music, we can hear it! I'm happy, and I don't stop to contemplate an unhappy future. Those concerns don't exist. I simply look at the thin shiny dime in my hand and run with the other kids to get our cool treat.

I'm the same guy now but I wasn't thinking at the time. I could've warned the Jolly Wagon guy about what was to be his fate.
Posted by dbkundalini at 1:11 PM

My Dad was the original Jolly Wagon Man. Newton Iowa in the late 50s and early 60s. Contact me at kirk@unitelc.com.