Losing Your View Of The Lake 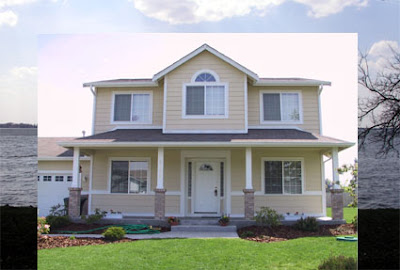 This is based on a true story, being the first, then having diminishing returns after having been the pioneers.

They were the first in the neighborhood. It wasn't even a neighborhood, since they were the only ones. It was the country, outside the city limits, off the west side of the lake.

What a nice view they had of the lake. They could see the sun coming up every morning, the bright light shimmering, rippling on the waves.

After a while, the surrounding land was divided into lots and sold, and in came a few builders, putting a house here and there. Of course it was still very spotty, and the view was still excellent. But then another, and another, and another. This house over here blocked part of the view, then a few houses closer to the lake blocked it a little more, but for the most part, they still had a view of the lake.

But those were some boom times for building, with another few houses going up, and trees getting bigger all the time. They could just make out the lake by looking between this house and that one.

It continued like that, with new houses filling in the blanks. After a while, the roads were lined with houses, and the pioneers' house up the way didn't have a view at all. Just streets, houses, and trees. You wouldn't even know there was a lake in the area.

Finally, in their old age, their pet bird Petey got out of his cage, flew over and was on one of the easy chairs. One of them -- either the husband or wife* -- sat on him and killed him. A little after that, they went into a nursing home, and eventually both died.