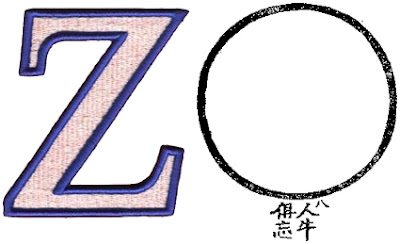 A little nothingness to get your nice Easter morning underway.

There's a dog I know whose name starts with Z.

Real terminal stuff, barely got a name at all. She got named in just the nick of time. The alphabet was running out. It felt the breaking point at X.

I'd hate to be out calling a dog whose name went beyond Z. She'd be...huh? That's the sound of silence.

But she's a smart dog, and she'd learn to listen carefully to hear what I wasn't saying.
Posted by dbkundalini at 8:35 AM