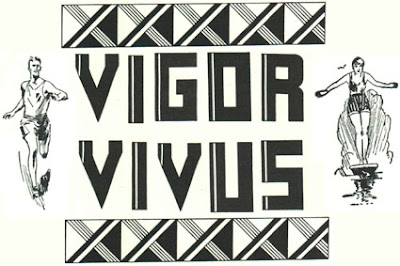 Death comes on us, after stalking us from the time we're born. That's the death that results from the failure of systems, the hardening of arteries, the clogging of conduits, the wasting away of vital tissues, muscles, sinews, and nerves, not to mention the skeleton.

With death, if you've ever seen it in action, you've got the full complacency of inactivity, a complete cessation of movement and functions. You wouldn't know to look at it that anything was going on. The only thing that is going on, so far as I know, is what would result from gravity or just the natural consequences of liquids and tissues giving way. All of it has to go somewhere.

To the naked eye, though, you're as still as you've ever been. To the observer looking down, you think nothing could be that still. A fan blowing overhead might disturb some loose hair but that's about it. Any other movement is strictly imaginary, unless, again, there's something internal giving way, which I've never witnessed. I have heard of movements, freaky, of course, but very harmless. It's like a neglected house settling. Eventually it all caves in.

Rigor mortis doesn't just happen; it has to get there somehow.

But this isn't a scientific tract on death and the hardening up of what once was soft and supple. I'm thinking instead of the death we have in life, being bunched up, tightened up, wound up, and inactive, shrunk up from the life that's truly within and all around us. Rigor mortis is a good term for it, with the opposite being what I shall call vigor vivus. I suffer and enjoy a little of each, respectively, but I want the balance to tip more toward the vigor vivus side.

Vigor vivus. What would that be? A pun? Actual Latin, maybe pidgin Latin, simply made up, I don't know. I wouldn't worry about it. You can easily see what it implies. You've got rigor and you've got vigor. Mortis is death, literal or otherwise, rigorously present -- nothing is stricter! -- and just to come up with something sort of similar, we're throwing out vivus. Like vivacious, viva, Vivian Vance, viaduct, valor, Vlasic pickles, Vlad the Impaler, etc.

So I can be sitting in a rigor mortis posture, waiting for or mentally hastening on the hardening of my mental, spiritual, psychological, and even physical arteries and channels. Or I can be demonstrating that there's more to me than giving up and falling apart, with vigor vivus. Taking life by the nuts and not letting go. Sending up the flag of life and saluting it. Everyone's got the rights of first refusal if you have any life and sentience at all. So why refuse?

If you haven't got goals, get some! If you're not up and with it, you're dying. Get up, get going! Vivus is for the viving, so vive with all your might! That's the best revenge, to vive vell...

Today, I vill practice vigor vivus!
Posted by dbkundalini at 7:23 AM