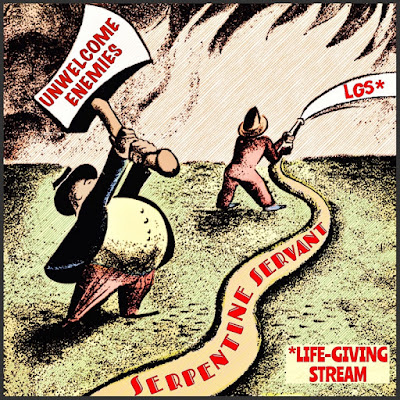 My thoughts on the situation, it’s probably just like the way our country got started. Prior, they lived in a place where the freedom of nudity was forbidden. So they looked around for a land where no one lived, or had close neighbors that would mind strangers encroaching on them without clothes. And since it was hanging out already, they let it all hang out, prancing merrily through their day. Dropping to the ground, wham bam, whatever, or just happily and freely letting it fly day after day, their own moist soggy Garden of Eden with no evil snakes, only friendly neighbors.

But some of this is stuff they don’t want you to know. Here’s how it works. They want to keep it quiet. The way they do that is publish small black and white magazines about their supposed lifestyle, making it seem like the most boring thing on earth. No one’s ever having sex. Instead they’re standing next to a volleyball net limp as a noodle, nothing perky, nothing hot. They’re cooperative, though, and very fair about scoring an honest game. The ball lands in bounds, there’s rarely even the slightest quibble concerning the referee's calls. It’s all docile. They still go to ordinary male/female bathrooms, demurely do their business, then gather for pottery crafts in the pottery craft annex.

Seriously, glance through their literature. They’re surely non-breeding themselves out of existence. How anyone can make hot nudity null and void, you wouldn’t think it possible, but it obviously is. I asked one of the guys how they get off, and it’s just the opposite of what you expect. They look through fashion magazines where everyone’s full dressed and minding their own business -- filing their nails is a hot one -- and that does it. Are they kidding? That’s what we suspect at first. Thinking then when night-time comes, they’re ducking down alleys, going at it, single and alone as well as the basic vanilla couple, boring him and boring her, and I suppose hot and heavy wicked orgies without a volleyball in sight.

I'm likening it to the elements of the graphic above. The serpentine servant is busy spraying on the fires that arise in their midst, the life-giving libido does its eternal thing. But when the public, unwelcome enemies, come calling everything shuts down. The libido apparently dies, the life-giving stream is staunched, and, checking out the graphic one more time, the whole colony has fled to find their clothes and volleyballs.
Posted by dbkundalini at 6:00 AM