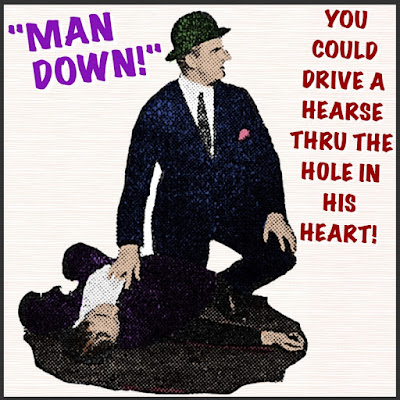 Part 8 of 30
My Fragile Self-Esteem

If you’ve ever been down on your luck to the point of someone calling an ambulance for you, you know that’s a particularly perilous moment in your life. You’re wondering, What happened? And struggling to get or regain the full context of your situation, because frankly you may have forgotten where you are and even who you are in the excitement. Once you’ve blacked out, you can't be sure if an hour has passed or just a few seconds. Maybe even 50 years! It’s scary stuff.

But say you’ve come to and a hero's helping you, a guy who called for help, and he's now feeling up your heart, discerning your heartbeat as best he can -- thumpa thumpa thumpa -- which goes on, thankfully, whether you’re awake or asleep. Something very serious must have occurred. You were on the street, not at home, not in the sanctity of your own place. You could've been injured if you were blindfolded and bound on a three-day drunk. Something serious happened -- maybe drinking drinks you weren't accustomed to ordering -- but you’re blank out on precisely what.

I’m trying to think back over my life, if I’ve ever nearly passed away in public. Particularly from self-esteem-related issues. Nothing’s coming to me. Absolutely nothing. Nada. Wait, there was the time I showed up at the junior high prom in Hush Puppy shoes, having had to walk the distance between home and the school in the pouring rain. My sloshing about on the dance floor elicited such murmuring and laughter that, yes, I nearly did pass away, hitting my head solidly on the mascot’s picture in the middle of the gym. In the haze I imagined them crying out, “Boy down!” They took me to the ER, where I was either brought back to life or woke up. Regardless, I had to admit the whole sordid affair, that I was a victim of wet shoes. Honestly, my self-esteem never recovered.

Wow, now that I’m thinking of it, nearly everything I did -- regardless of what shoes I wore, or pants or suspenders or underwear too small or car I borrowed or girl I walked home usually ended with the ambulance and yet another ding to my self-esteem, admittedly already fragile. You go through that enough and people expect it. With a history like that, always on the downward path, people gave wide berth to me, thinking I had a contagious disease that they wanted to avoid. I tried to dance, tried to cut in, and sometimes girls went into a swoon and also needed the ambulance. Which carried near tragic results for me when I also swooned and had to wait for professional care, who were already fed up with me.

My dad was fed up as well, because you only get a certain amount of trips in the ambulance before the charges skyrocket. He had to work two jobs just for the dances I went to. Then guys who saw my weakness attacked me from the dark bushes for laughs and I might find myself sprawled out in the road, run over or worse. What’s worse than that? Remember the rabid dog epidemic of 1977? You would've thought some of my so-called friends would’ve helped, but they used the argument, “Dogs gotta eat too.” Sprawled out like that really makes you think. Mostly very negative stuff. In fact, all negative stuff.
Posted by dbkundalini at 6:00 AM