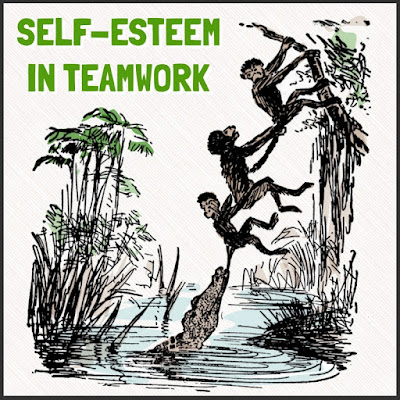 Toward the end of my life as I am now -- hitting the golden years is already a dim memory in my rear-view mirror -- I’m getting to that place where family members are writing down my fleeting memories of the old days. (One of my precious memories is how we used to buy TVs, by going to the store and exchanging money for one.) Along with that I’ve also got the Midas touch when it comes to vast scraps of knowledge on all subjects, even arcane stuff like the way monkeys interact and socialize. Which takes a little longer to summarize.

But it’s not really such a big deal. Anyone could do it. If you’ve seen monkeys at all, cartoons, movies, you know what they do. Some of them drag their knuckles, or they have a lot of fur or a little fur, they scratch their heads like they’re perplexed, and they swing from tree to tree, with lots of arm strength if you factor in those arms are lifting the weight of their whole body. And so forth

According to what I heard, additionally, God created man by making them go through a kind of trial as monkeys first. It was brief in terms of cosmic history, something like a few hundred million years. As far as I can tell, it flew by because it was completely done by the time I was born. All these species of things, they spent all that time being born and dying with breeding in between. And absolutely nobody was keeping track of it. Which might be how we should live now. They let things happen as they needed to happen and no one gave it the least little attentioin. It was the best way to evolve then, and it still would be now if we only had the sense to ignore it. We frankly wouldn’t be missing much. If we're able to catch up on eons of time, we could completely ignore it again and catch up in millions of years, no problem.

I hate to lose that point, so let me put a finer point on it. If you have the good sense to ignore life for eons, think how much more interesting it’d be when you finally dug in. Monkeys were happy with that system. They started out as whatever, evolved into fish, and from there crawled on land and eventually starting monkeying around. There wasn’t one complaint in the bunch. There wasn’t one fish bitching about it, “I never liked that side of the family,” etc.

So in part that’s why I’m not too worried if this trio of monkeys gets eaten by the alligator. But if they get away that’d be fine too. They’d live to be eaten another day, same difference. The first monkey’s thinking, If I can shake these two I’ll be fine. The second’s thinking, If we can shake the guy behind me, we’ll be fine. The third monkey’s self-esteem has diminished substantially since the alligator’s got him by the tail. Tailbone connected to the hip bone, hip bone connected to everything else. Bye bye world!

My self-esteem is more fragile than that. But fortunately we’re people and are able to change people in and out quickly. Like a football game, some guy’s smeared on the field like a gooey paste, obliterated. Put a little cornmeal on it, vacuum him up, and you’re ready to go again. But look, I’m on my own here. At least the monkey and athlete had the promise of his buddies forgetting him immediately once they’re safe. If only I had that luxury, I’d be content.
Posted by dbkundalini at 6:00 AM