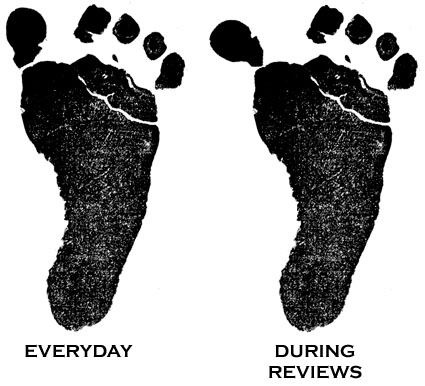 I was out last night enjoying a couple drinks with the Pink Professor, who had one of his professor friends with him. We had a great time, like you always do when there's someone new along. Because every old threadbare thing about your life is suddenly brand new, new to him. Meaning, I don't run out of things to say. For at least an hour, I'm totally on.

I asked him about himself, learning all kinds of things that to him are probably old hat, where he's from, his age, his mother's name, what he likes to read, what his thesis was about, etc. I learned this style of questioning from C-SPAN. I asked if he always wanted to be a professor, since I'm a little bit jealous. It's a job I think would be cool to have, although when I was thinking of it today, I was thinking that every two-bit crappy college in the world has professors, who probably aren't that excited about it.

Anyway, it came up, as I feared it would, what I do for a living. I started clearing my throat, the Pink Professor quickly raised his hand to order more drinks, trying to give me cover. I held up my hand, motioning for water, because I was choking. After it was all over, I was beet red, a glass of water had tipped over and was dripping everywhere, and we had two fresh beers even though the others weren't yet touched.

He'd hit a nerve, obviously. I've said it a few times on the blog that I'm on full disability because of a game toe, but this was a real life visit, with someone right there, and, frankly, I wasn't limping when we all went in. Because, if the truth be known, the toe does have a problem, but normally I've got it popped in its socket and it's fine. I'll admit it, I'm a little leery when people start poking their nose in my business, what I do for a living and all that, because there are extenuating circumstances. I'm a little reluctant even to discuss it here, but I've been told that government workers aren't allowed to read blogs, so it's probably OK.

It's true, I am on full disability and I do pretty well. But there's a special classification the government has for guys like me, whose disability is obvious but yet somewhat suspicious. Only suspicious because it's such a small part of the body, a banged up big toe. Assuming it actually hurt, and it's only mildly uncomfortable, especially when I think about it, as I seldom do, there wouldn't really be anything to stop me from having a normal sit-down job, if the government really pressed it. I mean, I'm sitting anyway, I may as well be working...

The thing is, when the original agent came around, it had to look like I was about to die. Every little thing appeared to send waves of piercing pain through my leg and up my spine. Before he got there, I had arranged a couple of smoke pellets in the ear, which go off if you strain really hard. It had to look terrible. That, and I had a charm offensive going, asking about the agent's family, hopes and dreams growing up, and his mother's name, which coincidentally turned out to be the same as my dear mom's. At least that's the impression he took away.

He signed the papers, and you know how disability works, after a couple years the checks started coming in. But it turned out there was this damned proviso, that they needed to come around and check on my condition annually, yes, the dreaded annual review.

It just so happened that the annual review is always the first part of July, so I've just now got it over with again. I made the footprints above to illustrate the nature of the injury. My foot everyday looks like anyone else's, only with the low-level discomfort I mentioned above. But it's real easy to pop it out of place, and that's the other print. It looks like the rest of my foot told the big toe to "Go west!" Or something out of a continental drift article. It's not a foot, it's a Swiss army knife!

A different guy came for the review this year, whose mother also shares the same name with mine, I was thrashing about, clawing the walls, and by the time he left, the curtains looked like cats had been climbing them. Even though cats don't foam at the mouth. It's a good thing I passed the review, so I can buy new ones, and get the carpet cleaned.

Don't worry about me, OK? I'm sitting here, comfortable now. As long as I just relax, and occasionally limp, I'll be just fine.
Posted by dbkundalini at 5:30 PM