Stepping Out Of Character 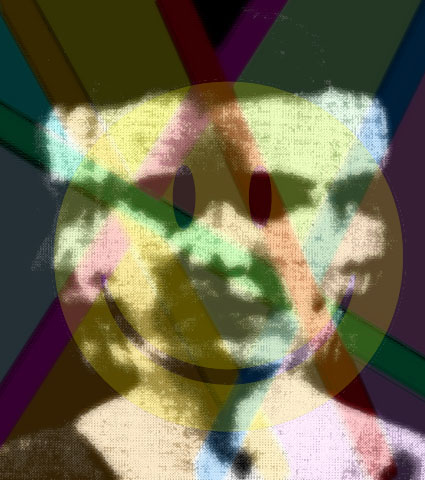 It said on the news this week that Stephen Colbert "stepped out of character" to record a PSA for "It Gets Better." I don't remember him stepping out of character before. The other day I was trying to remember what his character was before he took on his own show. I can't think of it.

Then just today I was watching a performance somewhere and suddenly, unexpectedly, the announcer said the guy was going to "step out of character" to explain certain things. So he went from interesting performance mode to boring explanation mode. I wish he would've stayed in character.

But I actually like the idea of everyone stepping out of character, if you can manage it. If you are a character. I can't think of a good reason to go through life with just one character. If you're really living, you're a swirl of characters anyway, like a color wheel on a Christmas tree. Put on your new character like a pair of pants, or, if it's not so voluntary for you, accept gladly whatever your twisted brain thrusts on you.

There's a guy walking around town who acts kind of crazy. He passed me on the sidewalk one day and he was ranting and raving about something, nearly oblivious to me passing although he did look at me. It'd be cool to see him step out of character and go into explanatory mode: "I frankly don't like ranting and raving that much. But somewhere along the line, I noticed the voices in my head needed to vent. It's has a downside, believe it or not, people tend to avoid me. Go figure." Then he goes back into character, frothing and casting himself into the fire.

My experience with doctors is they have a fairly predictable character. They go around thinking all the time, "I'm a doctor," and that's a standard they have to live up to. That's one of the reasons you never see a doctor in public, because they're so image-conscious. The only time you see a doctor is in the little room. You step out of the little room and they're already gone, vanished. They're very rational and can't overcome it. But what if you had a doctor who had numerous characters to choose from? He has a dartboard with characters listed, throws a dart and that's what he becomes. Punk rocker, hillbilly, nerd, nitwit. How about average guy? "Hi, I'm an average person. I exist outside the office."

A teen girl could (and should) step out of character. This is someone who spends her day picking on the other girls, like one of the mean girls on Facebook who drives someone else to suicide. For her to step out of character is going to be hard, since there's zero self-reflection at work. So somehow she has to be magically zapped. Suddenly she's a nice girl, concerned with such weird concepts as honor and decency. "My explanation for my prior bad behavior is this, that it's somehow hormonally-driven. They say our maturity is two years ahead of boys, so I pity them."

Of course a boy can be a real bully, slugging other guys in the arm and making a nuisance of himself in other ways. He could step out of character and make his explanation of it. Then he submits himself to a kind mentor, learns a good trade like carpentry, and lives happily ever after. But most bullies are going to be better after they're 21 anyway, except for the ones who end up in prison. Where they also can learn carpentry.
Posted by dbkundalini at 3:09 PM