Shivering In The Shadows 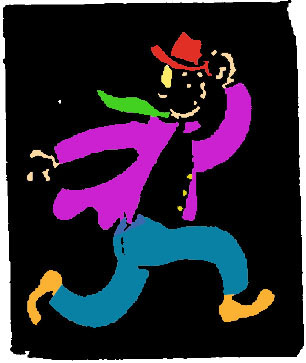 RUNNING FROM THE SHADOWS
One time recently when I went to a shadowy area, I saw men shivering in the shadows. They looked up, then looked down. But when I went back and started shivering myself, they really noticed me and sent me away, "You don't belong here." I felt like I was being chased out.

The shadowy area has men with their legs against the building. One leg at a time, but there was one young buck who tried to get two up at the same time.

I saw one guy sitting, both legs under him, and he sat there, a guy shivering. I was drawn to this last guy shivering. Mentally, I made a note of the fact that it wasn't that cold. He looked up at me. I saw he had half gloves on that were of the coarsest material and ratty.

I asked if he was happy and he didn't want to answer right away. Shivering and scoping me out, he rasped and coughed. It went like that a while, and I figured he resented me. I turned to go, when the coughing and shivering ceased. He nodded and said he was like everyone else, happy at times, unhappy at other times.

"That's the best answer," I said to his smile. Then I parodied a shivering man for a few seconds. He laughed and rasped, then I left. But he was probably shivering again before I got back to the full sunshine. I passed the leg guys on my way back.

All this last stuff happened before I felt I was being chased out.

At home, I sat on the north side of the garage in the shadows and shivered till the bugs got too bad. Then I went in.
Posted by dbkundalini at 6:47 PM