I Am Not Going Soft 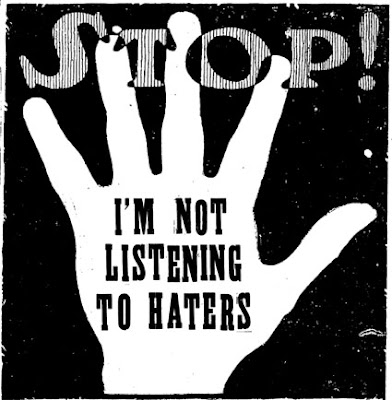 Friends, I get your mail, full of proud suggestions. You think you know more about it than me! I'm not saying it pisses me off too much, but just a warning: Watch your back... Anyway, a few of you -- the vocal few -- have expressed a hand-wringing concern that I'm going soft. You're saying my crime escapades don't really match up with the stuff that typically marks crime at this level, i.e., organizational crime. To which I say, Screw you!

The truth is, my blog is gaining some attention around town with the last few honest underlings at the police department, so sometimes I have to cool it. I'm cagey, not soft! Sometimes it's important to keep a lower profile to stymie the bozos. But I'm also scheming to destroy them so I can freely flaunt my so-called evil, which I actually believe, since I'm doing it, is virtue.

Also, you're concerned about the short term, instant kicks. But I'm looking way ahead. I've learned a lesson from history. If you want to be truly honored as a criminal, you have to go all out, pull out all the stops, then, and yes it might take 100 years, they'll revere your memory. Bullet holes that you've shot in buildings, they'll preserve, even giving tours to see them, and if they ever paint the place, they'll paint around them.

They may say they hate criminals today, but eventually, if you were bad enough, and cagey, they'll have days named after you, like Bonnie and Clyde Days, Al Capone Days, Jesse James Days, etc. I hope to be so bad that they not only have Machine Gun Ricky Wayward Days, but, thanks to my reflected glory, days for my less distinguished associates, Big Brute Days (the first guy ever to force me in love), Rutledge Week, in honor of the guy I blackmailed twice and who subsequently died in an actual blackmail operation, and Tony Day (one day's good enough for him), in honor of my boss, at least at the present moment.

But those tributes of the future, when today's bad news becomes folklore, won't happen without the present moment, and what I do right now. Therefore, onward and upward! Greater bigger and worse crimes lie ahead!  (I did an awesome, though low-level, crime the other day that's had me chuckling ever since. You know the stop sign and other little orange sashes the school crossing ladies use? We found the shed where they keep them and raided it! Tossed all their stuff off a bridge and the last I saw of it it was floating away. Probably sunk by now, waterlogged! LOL! This is virtuous because kids ought to know how to cross the road on their own. If chickens can manage it...)

I have schemes in mind not just for society but for the Organization. One, and please don't tell anyone, I'm planning a move on Tony. Seriously, I may as well confess, the chances of anyone ever celebrating Tony Day are not good, because he's not long for this world... I've already said too much.

Getting back to my everyday life, of course I'm still in the market for ways to promote prostitution more effectively. I want it lift it out of the mud in the eyes of folks. I don't want it to have a wholesome amusement park nature, of course, because that would completely destroy the charm of sneaking around. But the more actual danger we can build in, the more attractive I believe it will be. So look for good stuff on that front. Just to pique your interest, how about johns being killed in flagrante delicto?

I love the idea of keeping their nerves on edge. They still come in with the same lust, but it'll be magically heightened with the thought that they might be actually killed. I can see myself doing a cursory investigation -- just enough to assure them things are back to normal. Then I'll get everyone excited about it as the danger is renewed, then wave it off again, then another eruption, then it's calmed down. That'll be great for business. Probably the key moment, the moment of greatest danger, will come just as I announce the building has rock solid security, everyone is safe, and they can go on their way. Delicious!

So, in conclusion, just a note to all the haters, you can rest easy, or put a sock in it. I've got my own criminal operations well in hand. I won't be listening to a word you say. Time for you to take a break. Of course I could invite you up to the hotel -- come on over! I'm so soft, nothing could ever happen to you!
Posted by dbkundalini at 8:35 PM