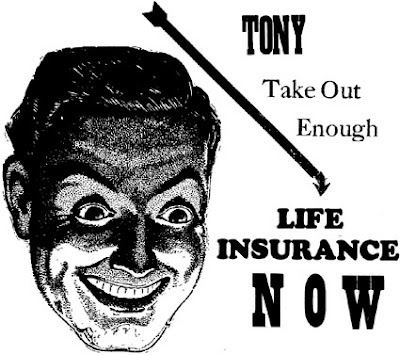 All kidding aside, tomorrow's a big day. It's the culmination of a lifelong dream, ever since I adopted the life of a criminal at the beginning of February, to take out Mr. Big and take his place. Tomorrow, I kill Tony!

I've been preparing for it, having a hand in everything, not just the prostitution operations of which I am the head. If someone wants to know the latest scut on what's going down, I'm the go-to guy. And that's the way I like it. Tony, as powerful as he is, likes to delegate. Then he sits around his suite, and, I don't know what he does for sure, but I definitely imagine there's multiple climaxes a day. Well, how about one more? The climax of a career and a life...

My preparations have also entailed currying favor on a huge scale with Tony's unparalleled guard. Tony has one entire floor of the hotel for himself alone and his guard, eight divisions of men. To get down the hallway is no easy task, lined as it is with these guys. The Shivs, The Battalion, The Hangmen, The Pulverizers, The Psychos, The Mincemeaters, The Republicans, and The Ethnic Slurs. There's probably not a lot to say about them. They're just a bunch of extremely bad ass dudes.

But as bad ass as they are, there's one thing that puts them all in a great mood, and that's largesse, or to put it in English, material booty. Anything you can give them, if they think it's valuable and matches up with their interests, they like it. So I've been distributing some very nice things, and letting each one know how much I appreciate their service to the Organization. And in return they have taken a liking to me.

And that's mainly it. Ducats and stuff. Tons of it, given repeatedly, with no let-up, is all it takes to buy these guys' loyalty. Money, drinks, hookers, iPods, gift baskets assembled around themes (101 Dalmations, NCAA basketball, antique cars, edible underwear, etc.), boxes of grapefruit from Harlingen, TX, gift cards for 1-800-FLOWERS, styrofoam coolers full of Omaha Steaks, overnighters at Hooters, free Kindles (without "special offers"), and, probably most popular, complete bound sets of the U.S. commemorative quarters series.

They know what's coming, complete and total hell for Tony. And I'm simply going to walk down the hall and do it. They're cool with it because they're cool with me. So there you are. Somebody's gonna die!
Posted by dbkundalini at 4:27 PM