My Life Of Crime Begins 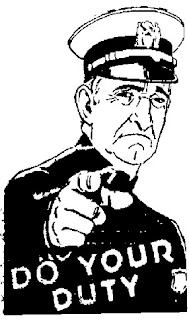 I'm torn in writing this. One, I still feel the tug of my normal (to this point) responsible side, saying, "WTF?" But two, I'm really fed up with that whole normal scene. I'm old, man, and I've never done anything wrong, and I'm thinking I ought to have a few thrills.

But is the promise of thrills in the life of crime really true? I think it is. Because you're really living on the edge. In other words, The Man is really playing for keeps when it comes to crime. I attribute that to people's sense of property rights and society's desire not to be bothered by undesirables. So they don't mess around.

And I know exactly how that goes. Before I turned to crime, I myself resented any sort of criminal act against me. If someone came up, as happened once, and removed my bike chain from my bike and stole my bike, I'd be very upset, as I was. And when I'd see neighbor kids stealing pumpkins from my doorstep and smashing them all over the road, I saw that as a bad thing. Unfortunately, when it comes to that kind of crime -- ruined pumpkins -- the authorities really don't pursue the criminals with their full force.

I haven't forgotten my feelings when it came to being a victim. But I've set them aside for the greater thrills to be had in being the actual perpetrator. Your sorrow, yes, perhaps. But my fun, my excitement!

I hate to get into specifics of my crime. But it was relatively minor. There's a candidate running for county supervisor named Hendrix. And I thought, Wow, Hendrix! I've always been a fan of the original Hendrix -- a guy called back in the '60s -- so it was only natural that I'd want to steal these campaign signs. But up till now, with my descent into crime, I would have restrained myself.

As it turns out, this is a crime they really punish, so I spent a night in jail, and was released on my own recognizance, along with $300. I'm supposed to go to court sometime, which date I plan to skip, because, as I said, I'm sick of living a normal life -- I want thrills! It's going to be a super thrill when the judge looks out and sees an empty bench where I'm supposed to be sitting! I might send him a flower basket, a bouquet of poison ivy along with a box of poison ants, which I'll probably have to have flown in from one of the more dangerous countries of the world. Like the Ukraine or somewhere.

The story was in the paper tonight, under the header, "Local Man Charged With Stealing A Bunch Of Hendrix Signs." So that's something for my scrapbook...

OK, how do I feel? Was it thrilling? It was a little thrilling. But there's also another side to it, of emptiness. I don't feel much of anything, like nothing. And maybe that's the whole thing. If I want the thrills, I have to keep doing bigger and worse crimes, and hope then that after the thrill, I'll also have a contented feeling. It's still a little thrilling, don't get me wrong, to know that I've taken a path from which there's no return. A few more days of this and I'll be totally washed up! How great!
Posted by dbkundalini at 8:04 PM