I've Got The Razzle Dazzle 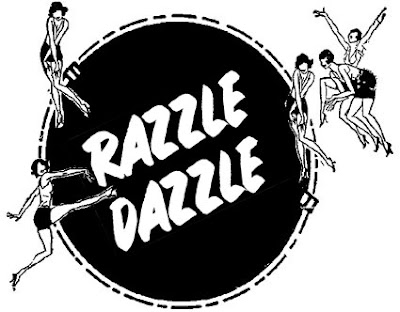 I completely covered the fact that my instincts are always spot on. And I believe I did justice to my contention that I always bring it. Today, just for these few moments, briefly, I want to highlight my character, and particularly the nature of what I accomplish, such as you see in my blog posts. For that, the words that come to mind, the key words, are razzle dazzle.

Other people have said it about me, this isn't just my belief or me tooting my own horn. Really, I'm just trying to catch up with the nice things that they say about me. Such as people who write me at my actual email address (give it a try!): dbkundalini AT gmail DOT com. Hope you can figure it out...

It's all quite unsolicited, the comments. But you probably know as well as I, people like to be nice. They really do. It's odd. I don't see five nice people in person on any given day, but the ones who write me are usually nice, almost always. And the ones who aren't I believe are just jealous of me.

What have I taken away from other people's comments? That I'm as effervescent as a glass of Alka-Seltzer. Now that's razzle dazzle! Have you ever had a glass of A-S? I actually haven't had any since I was a kid. Grandma used to let us kids drink all of it we wanted. We seriously would drink A-S for the fun of it. And it was good, especially when you consider we were making it with water from our own well, pure and cold.

The razzle dazzle has definitely been there for me! I agree with them! Because I stand back and look at what I do objectively. And I like what I see! It's only the coolest stuff, always with an edge, and always based on some kind of almost superhuman inspiration coming from God knows where! The process might not be pretty. I brood over it. I labor over every word, more or less. I pace myself. I don't use the phrase "of course" twice in a paragraph. That kind of pacing is always good.

So what we come out with: Let's say I'm describing a situation. It's all killer stuff, from the first little green sprouts of thought all the way to the mature tree ready to be chopped down. Really, no one can touch the razzle dazzle. And that's the way I want it to stay!

Thank you for your kind words!

-------------
Note: I'm sorry if this post is kind of flat, lacking the razzle dazzle. I haven't been feeling well the last couple days, and today has been especially bad. Very blah.
Posted by dbkundalini at 8:15 PM