No One Knows He Was A Sergeant 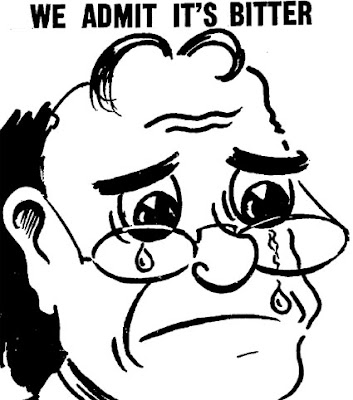 No one knows he was a sergeant. Technically, of course, somebody knows he was, like his daughter, a couple guys he has coffee with, and the doctor at the veterans hospital. But most of us don't know he was. I'm maybe the one exception, and even I wasn't privy to this strange fact until I started asking him about his life.

Let me climb up on my soapbox for a bit. Indulge me that? Because I for one am sick and tired of nobody really caring about the life stories of other people. I mean it, I'm sick of it. Take my own life story. I know my own life story pretty well, but the people I run into -- church, in the community, in meetings, etc. -- don't care a thing about it. That's cool, leave me out. It's anyone! You see an old timer, like this guy -- I'm going to call him Walt, just to be on the safe side -- privacy concerns -- and basically nobody knows he was a sergeant!

He came over to do some work at my place. I had him fixing the window in the garage. Someone put a rock through it, one of the neighbor honyocks probably. So I called Walt, a handyman. OK, here's something you might not realize: Handymen like being handymen not so much for the money, but for the fact that it gets them out of the house and with others. They're always extroverts. So whenever I'm dealing with a handyman, I know there's the chance for some decent conversation. They like to talk about themselves, but hardly anyone wants to hear it. But if you open yourself, you'll find a nice guy. It's worth breaking the window yourself just to try it...

So Walt comes over. And I'm standing there chewing the fat with him, shooting the breeze, and I start probing into his life story. And he comes alive, telling me all kinds of things about his life, such as the little known fact that, indeed, he was a sergeant! I thought, Wow! An actual sergeant, just like on TV, on the old shows I used to watch, Sgt. Bilko, Sgt. Carter, and others. Walt has a background! He was a sergeant in Vietnam!

I'm like, "Where were you?" and he answered me with a bunch of places, like Vietnam vets always do, that I have no idea where they were, making my question kind of stupid in the first place. "What was it like?" Etc. When I start probing, it goes on and on. And you know what? Just like Brian Lamb on C-SPAN could tell you, people like to talk about themselves, if you're mildly interested.

Walt told me a hair-raising story no doubt true in every detail. That he was a sergeant in an office, and guys would come in stoned out of their minds; it was the '60s. Some of them were like potential mass-murderers. He feared for his life, to the extent that he taped or affixed in some way a gun to the underside of his desk. Some of these stoned guys would come in, start seeing crazy stars or whatever, and get crazy. He'd tell them with the greatest confidence in his voice, "Turn right around and march your ass out of here, or else." And they'd go.

But it all came to a head when this one "crazy sick bastard, stoned out of his gourd" (Walt's words) not only got threatening, but started to come over the desk. Walt reached down and blew the guy's crotch all to hell. Seriously! It didn't kill him, but he (the guy) wished it had! He lived, but was never the same. Really, Walt had no idea what happened to him. They flew the guy out and that was it. Walt had to give a deposition and was cleared. Presumably, though -- I don't know -- the guy might still be out there, a veteran without a crotch, who, once he got over being stoned, came back down and had to wonder what happened to it. That'd be my first concern. Walt said, "The craziest shit happens in the Army!"

We talked like that for quite a while, with Walt pausing once in a while from fixing my window. He was laughing, I was laughing, it was great. I learned lots of other stuff about his life, which I'm not going to go into.

After he left, I started thinking, that'd be very cool, to have a gun taped to the bottom of your desk. You can never be too safe.
Posted by dbkundalini at 8:48 PM