As You Are Now, I Once Was 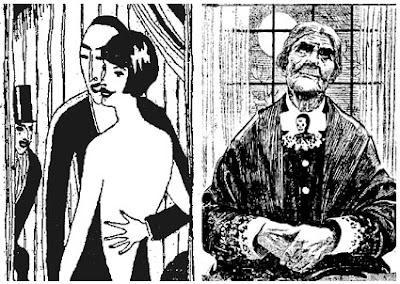 Forever, this is one of the greatest sentiments I've ever heard!

Back when old folks died in their late 40s, this great sentiment was reserved for gravestones. But now, when you can easily live into your 70s, or even exceed 80, we're hearing it a lot more. I hope you don't think it's too amazing, but even I've been known to mutter it, and I haven't yet turned 60!

Just the other day, I think it was, there was some young scamp giving me the eye as youth is prone to do in the dessicated face of age, as if to say, "I'm cool and you're an old codger. I'm still in the first flower of youth, able to frolic through the streets with long hair, hip clothes, and buff legs. And I've even got some of the cooler eyeglass frames that look like crap on anyone over 29. Look at me, I'm able to turn heads, make entire groups of girls giggle, and name my fee, were they to put me out to stud. I'm pretty! I'm poetic! I can dazzle with the best of 'em! If I'm sitting on a rock playing with a weed, I'm a god. If I'm lounging on a bench outside the bar reading a paperback, I'm a genius lost in thought. If I brush my hand against the ragged whiskers of my chin, I'm the image of beauty. I might just stay up all night! I certainly could! I could stay up all night and laugh about whatever, the universe! And I'm into vintage vinyl!"

Of course I'm looking at him somewhat askance. Vintage vinyl, huh? I bought those new. Honestly, I'm not begrudging him his imagined supremacy. If that's the way he wants to think, I know exactly how it goes. Because that's the first part of the epitaph, "As you are now, I once was." Other guys like me -- dumber guys -- probably are bitter. But what's there to be bitter about? We knew we were going to lose it. Your skin starts to sag and wrinkle up, but you're still obviously you. Your teeth fall out and you're depressed, but look on the bright side, you've still got a tongue that's pink. For every bad thing, there's something good. You sleep more, but what's there to stay awake for? Your hair looks like a mangy dog, but the bald spots aren't that bad, as long as you keep your cap on.

I might be quite a bit better at this than others of my years, to tell the truth. Because I was with my grandparents a long time, so I saw right up close what it means to deteriorate. I should say, however, that old folks were different back then. They actually were keeping the epitaph for their grave. And they had next to no bitterness, because there never were cool. This goes back before teenagers as a dominant market force and 20-somethings as the ideal person. In fact, back then, it was just the opposite. They respected folks older than themselves who'd somehow managed to survive, and as for kids, they thought they were morons. So the epitaph was more of a cautionary thing about life and death in general than the bitterness of age ranting against the blitheness of youth.

Yes, I'm definitely convinced. Everyone else is bitterer than me. I'm barely bitter at all. Really, I mean if these guys I see, like the young scamp above, thinks he's hot stuff and in his eyes I'm an animated corpse, that's his trip. I wouldn't expect him to understand fully the sentiment -- given his lack of years and sense -- "As you are, I once was."

My picture, though, has the young woman, her back cut down to there, being observed by the older gal, whose bun might be too tight. "Look at her, lost in his arms, probably doesn't even know what an emergency dime is! Her precious back is cut so low! Honey, just drop the skintight rag and be done with it! Of course she'll be nude soon enough, and keeping Lothario entertained all night long! With no one to answer to!" So much for women.

OK, then the other side of the coin is, "As I am now, you also shall be." Ah, yes, our revenge! We shall have our revenge, if only we're able to live long enough to see it. And leaving out that we'll be even more wasted, while the once young scamp will still be relatively young. Be that as it may, if he's out with his long hair, etc., and it all looks like crap, that's good revenge. Or she with her low-cut back, "Cover it up, Grandma, your skin's leather!" She's been surpassed by the next generation and is now the butt of bitter remarks. Teaching her a lesson or two: 1) She should've avoided tanning booths; and, 2) Hold on to 16 as long as you can.

Remember, you young rascals, the Grim Reaper is coming for you, too. And I'm loving it! So enjoy it while you can, because before long you too will be a miserable shell of your former self. Before you know it! LOL, I offer you knowing laughter, because I know exactly how you're going to feel, like crap. LOL!