Put Me Amongst The Girls 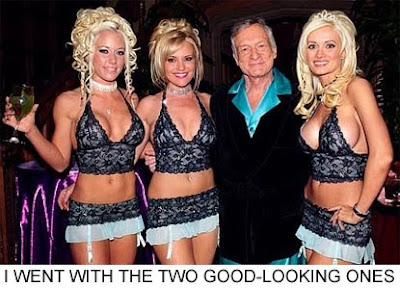 I have great news to report: THE GRANGE SISTERHOOD HAS BEEN TOPPLED. And I toppled a couple of farmers' daughters too.

Think back to yesterday, when I engaged in some fierce sacred sword play, preparation for what I needed to accomplish. I was channeling single-minded energy with such intensity I was able to burn my initials in the lawn. The power of thought is so strong, quite frankly I won't leave home without it.

I picked one narrow, short sword to take to the grange dance. Then when the time came I drove down the hill and turned south. About as soon as I did, they were taking potshots at me. One of the men in trees shot out my back passenger window. But I kept on, my thoughts completely on point. I saw one of them up ahead raising his gun, so I moved his gun up with a motion of my sword just as he was shooting. Then glancing off to the left, across the road I saw another guy fall dead from his tree.

They seemed surprised to see me pull into the grange compound. But I parked and walked on toward a central point. No one was going to shoot me now. They wanted to see how it played out, perhaps toy with me. But if there's any toying to be done, all together now, put me amongst the girls...

Everything was mostly in motion. I could hear Johnny Hotshot's band inside the grange. Whatever preparations in the barn there were, they'd been done and folks were coming out. Back to my right, behind me, by the cars, were some of the callow boys of town, thinking they'd come out for some quick action. But if there's any action to be had, all together now, put me amongst the girls...

Lemuel saw me -- they must not have told him I was there -- and he seemed surprised. There was a strange look on his face. Not exactly fear. He moved in to quiet the horses and seemed to be whispering something to the lead horse, Honest Maude III. Everything had come to a head!

Into the midst of that seething, writhing mess I strode -- like John Brown -- purposely putting myself where the horses would have the best shot at me. Hallelujah! The Moment I Was Born For! Just then Lemuel ran for the trees and shot me a look of approval. I glanced down at the horses' hooves. They had extra sharp horseshoes, cleated in a major way, kind of like the chariot wheels in Ben Hur, but of course not as long.

I reached down -- no man can do this and survive! -- and unsnapped my pants, unzipped myself, took off my pants, including my undies, and stood there as proud as I've ever been in my life. The sword lay limp on the ground. But not to worry, the true sword was very much present and accounted for. At this sight, the horses went into a mighty frenzy. I should've been kicked to death well before now. Hallelujah! I spun there in place for all the grange to see. Maybe in some parallel universe I'm still spinning!

I stood my ground, with naked orgy participants running in fear for the sidelines. Then I spun again while thrusting my hips, and I think I was unconsciously shrieking several of the most powerful incantations of Peruvians rituals, as my mind was not understanding but my spirit gave the utterance. When I aimed at the barn -- thrust -- it burst into flames. When I aimed at Lemuel's house -- thrust -- I saw the lights flicker inside and heard bloodcurdling screams from within. When I aimed at the horses -- I quickly pulled back -- as the last survivor sat back on his haunches and put up his front feet, just like in the westerns.

I stood there like that then as all things except the burning barn became very quiet, perfectly still. It was then that two of the farmers' daughters came and straightened out some of the blankets. I really hate to spell out precisely what happened next, except to say I'm still smiling this morning. And if there's any smiling to be done, all together now, put me amongst the girls...

After what might be called a personal climax of sorts, I learned that Lemaperu and Peru's spirits were merged with the horses. It was their Peruvian deviltry that had died. The others, being very afraid, went along with them out of fear. Even Lemuel had had enough, and what he was whispering to the horse was being whispered to the Peruvians, "Your day has come!"

There might still be some mopping up, but for all intents and purposes, the Grange Sisterhood has been destroyed!
Posted by dbkundalini at 7:20 AM