Someone Trained A Secret Camera On Me 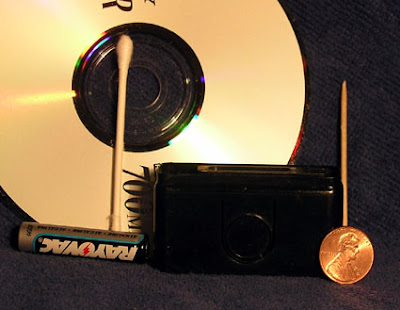 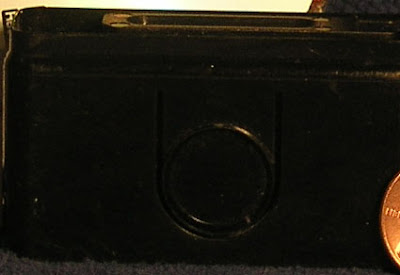 I'm pretty sure it had to be someone who reads this blog, someone who is well aware of my comings and going, who trained a secret camera on me, which I have subsequently found and disabled.

I found it today, and I'm hoping it hasn't been there that long. Probably not, because I usually keep an eagle eye out for invasions of my privacy. I'm known for spending an extra long time kicking around for microphones and other surveillance equipment, lest anyone learn and document my secrets.

Of course I have enemies. No one in my position can hope to have everyone love him, though Lord knows I try. But I've done things, I've offended people, I've caused trouble for some of the authorities. Then there's the jealousy. When someone's on top, someone else wants to take his place.

But why now? That's a great question. It might be because it's the holidays, right when they think I might let down my guard. Or maybe it's just that it's the end of the year, and they've had this assignment and suddenly the calendar's against them and they've got to get it done. I can see that, because I myself hate to have to carry over old business to the new year.

What I actually think is going on is that they're looking for personal scandal. And I can guess what it's about, three guesses and the first two don't count, one of those deals. My post on "Body Language With The Pink Professor" was just a couple days ago. And I was a little coy about some of the possible goings-on between him and me, for very good reason. Because it's just the kind of scuttlebutt that can ruin a guy.

So what better way to try and bring me down than to turn to surveillance. Especially with a camera. It's economical, you don't have to pay someone to sit with it. You turn it on, you go to town for lunch, you come back and you've got pictures. What it might show, let's say if I was doing anything scandalous in its view, might be very damaging.

Have you seen those cameras they train on birds? They're insidious, because the birds don't realize it. You've got birds bathing, picking their feathers, eating, and even mating. But I'm not a bird ... I'm much smarter than that. And I'm not going to mate with the Pink Professor right out in the open, especially in view of their camera, if ever. Because that would be a roll of film that might very well end all hopes I have. It'd certainly end my viability in the short term, until the scandal died down.

OK, turning to the camera, I don't recognize the model. It's essentially a piece of plastic, and I don't see the usual markings of a camera, labels, an on-button, etc. Even the lens seems to be permanently encased in plastic, as though it's meant to be opened only by someone who knows its special secret. The back is completely open. I don't see any workings whatsoever. It's very weird.

In one of my photos, I've set some common household items next to it for scale, so you can get an idea of its dimensions. It's very small, a little smaller than other cameras I've seen. As to how it was supposed to function in the photographer's absence, that's another unknown, as there's no wires, no LEDs, no flash, no computer chips, no batteries, not even a solar panel to power it.

But, hey, I'm not alone in recognizing it clearly as a camera. I aimed it at two separate individuals, as an experiment, and they both thought it was a camera, one even going so far as to shield her face and say, "Don't take my picture!"

No one -- that is, no one I know -- likes to have their privacy invaded. They (and I) prefer to come and go undetected, unseen, and of course unrecorded. Whatever dirty business we might be up to when we get there, we'd prefer no one else found out about it. Let those goings-on be between us and our partner. Certain things are not meant for prying eyes and wagging tongues. And I for one don't appreciate anyone -- and I mean anyone -- trying to get pictures of it.

Thankfully, I've got possession of the camera now. And I plan on breaking it.

Note: I have a confidential word for the person who put this camera up: I believe I know who you are. I think I've got it narrowed down, your identity. So don't be surprised if there's a little 'turnabout is fair play' in your future! Just a friendly warning. But where and when I strike, that's going to be my own little secret.
Posted by dbkundalini at 7:12 PM