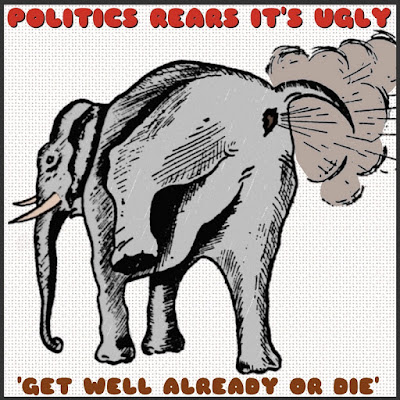 For such a tragic affair and life as we know it up in the air, it was wonderfully inspiring to know that some things are locked in place, secure, and just as we knew them to be. Part of the inspiration is having certain things we can count on, no surprises, the foundations we take for granted securely set.

After all, what would it be like if we couldn’t count on anything staying the same? It’s hard to imagine, really, that anything could be in such disarray that all of our suppositions would be in question. The facts of life as we know them. Were it that bad we would’ve given up, thinking there’s nothing we can do about it, the foundations have crumbled.

But as it turns out, we needed not fear that all hope was lost. Those among our betters came through just when we needed them. Throwing off all restraint -- and they could’ve been so tightly held down as to be unable to breathe -- they muscled their way through the pain and suffering toward, perhaps one last, free-for-all for their most ardent supporters, not to mention themselves, putting Number One ahead of all and reminding us how things stand.

This was great, because the crumbling foundations -- aforementioned -- might not have held long enough for their great task to be accomplished. And to think of them going at it with the diligence they had, we’re reminded of what a potential sacrifice it was to muscle their way through -- with all the stick-to-it-tiveness of baby pigs seeking those life-giving nipples of the mother sow that their nourishment should not be denied. I used to see it at farms in the neighborhood, actually to great extremes. Did you know that if you slip in a pigpen you can be eaten? It’s true, I lost two classmates like that, a downer for the birthday boy who had us out to his farm for the party.

But when you have a party -- getting back to our topic -- that’s when you can really have a party. “These are desperate times! If we don’t act now -- and I mean with everything we have -- it’ll be too late.” And God forbid anyone get in their way. If the confusion of a viral plague isn’t enough cover to suck up whatever there is to be had, there will never be cover at all. This is the time to rise up, and with everyone’s sight obscured from the confusion of seeking shelter, managing the ins and out of quarantine, and scheming to get just one more roll of toilet paper, the time is right for government to quench their thirst (temporarily) for more more more.

Stand back, there’s more incoming, a turgid blast, nothing held back, obscuring the way, and like we said, providing cover for whatever rapine there is to be had, basically whatever is left to claim.
Posted by dbkundalini at 6:00 AM