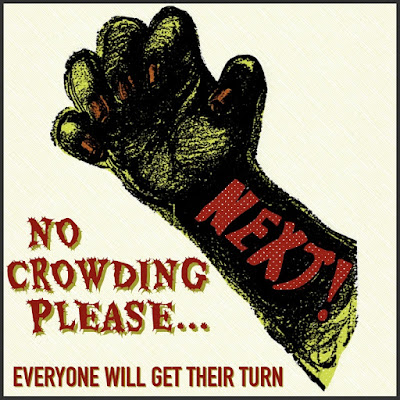 Right this minute it’s Virus time at the OK Corral, the whole world, all of us gathered together, trying to avoid contact with the most minute creature, ants, roaches, people. Even eye contact’s discouraged because it’s a slippery slope, mostly with people. It leads to speaking and speaking to french kissing and french kissing to the rest of the slippery slope, crashing and burning at the bottom of a smoldering heap. I know if I had burning at the bottom I’d have it looked into, but with the virus it’s too late.

It’s one of the things we depend on in life, though. Not exactly the slippery slope but the many beneficial ways one things leads to another. We depend on it and make lists to remind us of the many one things that lead to others. Or we just know by experience. I don’t need a list to run my TV, although it’s a lot harder than it used to be, so many channels on numerous sources. And most of the things I eat I already know how to fix them, but if you have to juggle a dozen different things for a party, it'd certainly be a good idea to have a checklist. The more depressing the task, the more you need a list.

But also the more depressing things get, the more I’d rather deny it, change it, abandon it, and finally get the hell out of there. If they suddenly put me in charge of a prison during a pandemic, as a wild example, I’d be so freaked out I’d get the hell out of there right away. But being a prison, where they could lock you up, and say they had to poor judgment to put me in charge, maybe I’d have no right to object. In which case I’d confer with a few trusted associates and see what we could do to shut the whole place down and get out while the guards were busy shooting prisoners, essentially a free-for-all.

Like in the movies, then, I and whoever else was involved would be yelling in crazy celebration of our success while leaving, speeding past the sign at the outskirts of town, “Home of The Same Prison That’s Been Here for 100 Years.” I’m very paranoid about that prison, I think this is the second time I’ve mentioned it today. It’d certainly be a bad place to be during an epidemic, which is a given since it’d be a bad place to be anytime.

Obviously no one’s crowding in to be infected by the virus. Not now, not ever. We have a drive in us, usually, to keep going, always hoping for tomorrow and often even living for tomorrow. Which may never come, but since it always does, tomorrow will be no exception. Someday when it doesn’t come, I’m assuming I won’t notice, and my place will be taken by someone else waiting for it to come and it will. The key thing betwixt hither and thither is to avoid whatever plague there may be that’d squelch our desires. Be it plague, be it virus, even be it someone I don’t know’s birthday party that I’m inexplicably trapped into attending. That’s not going to happen, I know. But … what if it did!? The ugly fickle arm of fate would spell it out for me: “NEXT!” And there’d I go, No Crowding Please.
Posted by dbkundalini at 6:00 AM