Of Fantastic Blimps and Galley Slaves 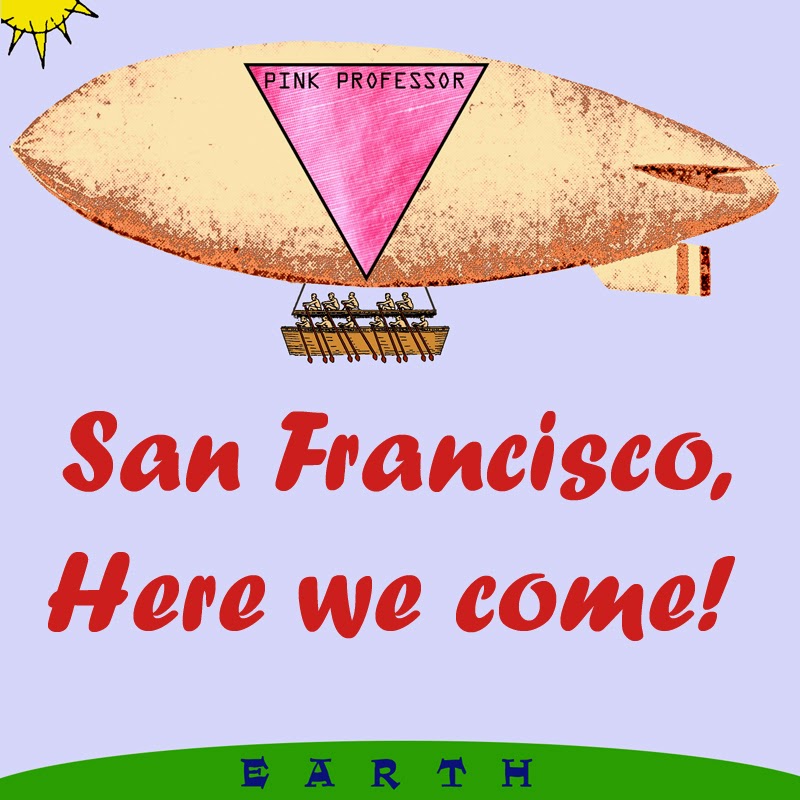 The billionaire once again was true to his word, always giving 150% effort. I arrived at the construction site, and after just a few hours, everything had proceeded on a scale similar to the work long ago on the Egyptian pyramids. In this case we were building a blimp port and a blimp itself!

How impressive it was, too. This port isn't just a one-off temp thing. The billionaire bought land just north of where my $20 million personal library will be. This is a real facility. And it took them less than an hour to clear the land -- before it was a forest, while being in the city limits. We're in a hurry, with things to do!

As I approached, it took my breath away to see that majestic blimp docked above us, with The Pink Professor's unremitting pink symbol. This was easily the biggest blimp I'd seen all day. Off to the side was an elevator fit for NASA. The blimp itself has luxurious accommodations, with amenities too numerous to list. Including a zero gravity chamber in the center, for relaxing from the pressures of life. After we would load, the galley slaves would load, whose rowing would keep air currents at an optimal stream. Wait! Galley slaves? Sort of, they're a local galley slave reenactors group.

In my opinion, these guys were a little slow on the oars, but their argument is, If you rowed close to 2,000 miles you'd be tired, too. Perhaps. But I think a good old fashioned whipping would have sped them up; but these are the sacrifices we make for living in more modern "civilized" times. (If I seem critical, it's because I did my master's thesis on galley slaves, subtitled, "Those Were the Days." And I never have enough real-life opportunities to critique the practice.)

By afternoon, we were off! Headed for San Francisco, where, according to the billionaire's plausible theory, we would find The Pink Professor. Just like the Tony Bennett song, I told him once, "I left a piece of my soul in the San Francisco area." Obviously that hit him as a search worth making, and he left. He was lost to me, a relationship I never thought would end. Now I must find him.

I kept my seat till we were over Colorado, when the higher altitude started doing things to my head. I needed the refreshing tonic of a zero gravity atmosphere, so I left my seat and went into the chamber. To enhance the experience further, the billionaire had various suits we could wear. I picked one of the heavier suits, an amniotic sac simulator. That and floating in zero gravity gave me the world's best space to chill out. And drift.

Frankly, it was stunning. I witnessed my whole personal development -- phylogeny recapitulating ontogeny -- that whole scene. I remembered things about myself, things that can't be verbalized beyond "Goo goo ga ga." I felt so extremely thankful for my mother, whose body allowed a place for me so long ago and brought me forth. Now she's passed on -- in 2013 -- and I miss her terribly, but on the bright side, I've got this blimp, running a close second.

In the mix, in the stew, in the wash, in this kaleidoscopic array of mental and metaphysical wonderment, I also saw the development of the Pink Professor. His spirit towered over his physical embryo, a foot taller if it was an inch! I swear on a stack of ultrasounds. It could very well be that that's the way he is today as well, a larger spiritual presence hovering over a little literature professor's body. This insight I will carry to my dying day. It certainly explains his success with rowdy bikers. And the impetus of going to San Francisco to look for the missing piece of my soul. Once he got there, then, he simply had to serve. I would have to be careful bringing him out.

I stepped out of the amniotic suit and made my way back to my seat. Billionaire: "Things are going great." Me: "It feels like we're going a little slow. Where's the whip?"
Posted by dbkundalini at 1:11 PM