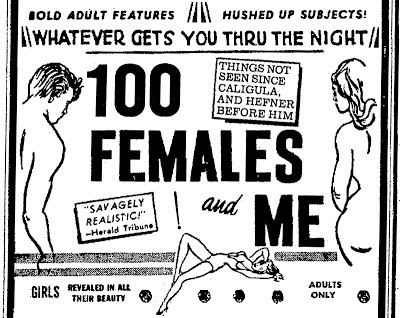 The doctor gave me something for the troubles with itching I've been having lately. It turned out the problem was a mix of poison ivy and chiggers. A bad combination. So now I'm taking medicine for it, which the doctor said would probably keep me wired and awake nights. Of course her words were repeated in my mind a thousand times as I tried to get to sleep last night. It would've been better if she'd just kept her mouth shut, or said you'll sleep like a baby. Because I know this is 80% mental. If you think it, it happens. I could not get to sleep, whatever I tried.

I thought, I could count sheep, then systematically aroused a mental flock in my mind, jumping as they do, one by one, over a fence in a pleasant pasture. I know from frequent experience with jumping sheep that they're used to it, they don't care, and, anyway, it's usually 10 minutes effort tops, nothing to complain about. And they're free to go back to whatever they were doing.

But the sheep weren't really catching my fancy, and I kept getting up to check one thing or another. Back to bed, then I was up again with an idea I had to jot it down, etc. My inner voice said, "You're not even giving it a chance." To which I snapped, "Yeah, well, you don't know what I'm doing, so shut up and leave me the hell alone!" Talk about wired, cussing out my inner voice! I owe myself an apology.

Then the idea suddenly hit me, Why not call forth a bunch of naked ladies to jump the fence? Just the prospect of lining up 100 girls would be appealing, yeah?  But it turned out to be harder and less satisfying than I had hoped. For one thing, they're not sheep. They had many complaints: "You brought us out here for this?" "Where are we anyway?" "Why are we naked?" And a few covered themselves like they were ashamed.

I looked over at a bus driver, and he shrugged, as if to say, "They've been that way the whole trip." I had to wonder: I only had this idea five minutes ago and someone organized a trip, which would've taken hours? Someone had to find the ladies, get them to consent to a trip, explain to them they would be nude, find the buses, the bus drivers, and others to take care of their comfort needs along the way, etc. The logistics being extraordinary for such a potentially minor outing -- with me likely to go to sleep in 10 minutes -- it had to be UPS! And who's paying them? Who's taking out the taxes, keeping track of the bookwork, and all that? Life is complicated. You can't eat, sleep, or even die without it being big business.

Regardless of all that -- and I never found out the answers -- there they were, 100 of the finest naked women this side of my wildest fantasies as a 14-year-old, which were normally far more exciting than those of a 60-year-old. A lot of these gals were clearly old enough to know better, and actually one had no qualms about ruining it for me. "I ain't jumping over no damned fence, sugga," was what this flashy woman said. I helped her with her purple kimono -- I could tell she'd had a hard scrabble life -- and suggested she sit this one out on the bus.

That left me with 99 who were more or less game for jumping the fence. That is, after we wasted a bunch of time talking it over. "No, seriously, I really want you to jump the fence." I got various responses. Again, some were covering themselves, talking it over with boyfriends, saying they wouldn't, etc., and, "Who are you anyway?" I patiently explained again, "I'm just guy trying to get to sleep." Then I had a question of my own: "What are you doing naked in my thoughts if you don't know me?" "This is no good," one of them said, dismissively. But once the others started, she didn't sit out.

But then it became very clear very fast that the jumping wasn't going to work. Only a few gals managed to jump. We had some dives, some side straddles, and one Fosbury flop. In each case they were banged up pretty badly. These girls weren't at all used to the basics of fence jumping, which UPS might have considered when picking them. After a while, if I wanted to salvage anything, I really had no choice but to simply open the gate and let them walk through.

OK, so they're walking and I'm counting: "1, take a look and let her go. 2, take a look at let her go. 3, take a look..." Then the bus driver came up to me and said, "What are you doing, bro, just counting? I'm not complaining but that's it?" "Yes," I said, "were you expecting something more?" Then I looked across the field and saw such an assortment of beds, bathtubs, hotel attendants, and druggists stocked with all manner of protection, that I could only think, "Such logistics, UPS had to have done this!" But someone had gotten ahead of himself, since counting was all I had in mind.

And yet ... as they passed, 1, 2, 3, etc., it was working its special magic on me -- something of the sparkle of life that you don't get counting sheep. 40, 41, 42. A lot of bowing and blowing of kisses. 50, 51, 52 ... hey, don't forget 55, wow! By now I had really stretched out and was taking it in, stretched on my bed, that is. We got to 60-something and I felt like Hefner, warm in his terrycloth bathrobe. The 70s passed, which was an international group, mostly Eastern European. Lots of odd looking hairdos and tough muscular gals doing boastful leg squats, very unappealing. By the time the 80s passed, I was happy for the change, as these were some of the ladies from home, about my age and relatively uncomfortable in the nude. But they were reasonably well-kept, better than me, frankly.

Then the 90s came, and -- please, may I have a moment? -- we were getting much warmer. I literally fell in love 10 times. But the love I had for the first nine was nothing like the love I had for the last one, Number 99! I love you, 99! UPS kept the best till last, the sweetest, coolest, and most beautiful girl of my dreams!

I should explain. She looked like everything I've ever wanted. You know? Miss July meets Farmer's Daughter meets Mom-as-a-Teenager meets Joan Jett meets Hayley Mills. And a great personality, whoa! And she also writes a blog, the female version of mine, and she's also very obsessive/compulsive! The perfect match! We were locked there in a feverish embrace, rolling around, grabbing one another like the supermarket sweepstakes. I was going for the bigger stuff, almost too much to handle. She also was going for the bigger stuff, which I know by experience can be dynamite.

Suddenly, and unwelcome to one and all, there was a clouding over of the sky and a torrential downpour. The heavens opened with such fury, it couldn't be stopped, a terrific deluge. Everyone ran for cover, myself and my darling 99 included. But as I trudged along, my feet became sore from sinking in the mud, and I felt myself becoming so sleepy that I collapsed. I was only able to look up once more, and saw 99 had also slipped in the mud. But by now I was gone, I couldn't help her.
Posted by dbkundalini at 2:36 PM