Holy Hell, One Thing After Another 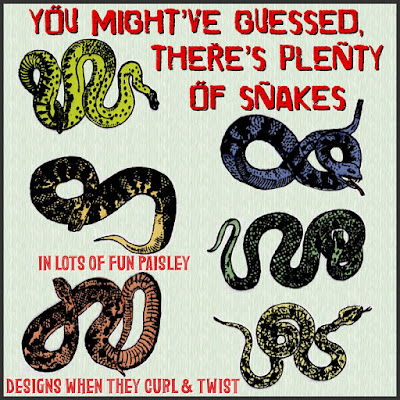 When Up de Graff was at the deserted shack, abandoned by the Yumbos, he concluded that the people of the Amazon country are full of surprises, in this case the old disappearing trick. He told Jack, but all the complaining in the world wouldn't help them. They took action instead, packing and heading back to the canoe. By evening they'd arrived and weren't surprised to see the canoe gone. Come on, Yumbos, sometimes life calls for a little consideration!

They thought it over in the morning, the penalties there for stealing canoes, and found it wisely abandoned not too far downstream. Up de Graff considered this a period of suffering, with too much dependence on the Yumbos, and except for a stroke of fortune they might not have saved themselves. They headed back upstream in search of them. But they didn't make the same rapid progress as they'd made with them, although they learned bit by bit how to pick up speed. My brother taught me a lesson like this once on how to ice skate faster, "Run on your tippy tip toes!" Which is great till you crash and burn.

Suddenly they noticed a dead alligator, which meant something bigger was near. Jack called out, "Let's get out of here!" That's when they saw the biggest anaconda they'd ever imagined. The estimated length was between 50 and 60 feet. Up de Graff, in the stern and out of reach of the rifles, called to Jack to shoot. The noise of getting to his gun alarmed the snake, and as it twisted in the water and quickly vanished, the boat was nearly wrecked in the waves. Snakes like that, what can you say, they're too big for their britches. Like trying to put an 18-wheeler in the downtown parking garage.

One other night they'd tied the canoe to an overhanging branch. After supper they put their things back in it. It was close by as they slept, but something bad was about to happen. Up de Graff writes, "Hour after hour the water fell away, hour after hour the rope tightened. For a long time the stores must have resisted the gradually increasing pull of gravity as the canoe little by little approached the perpendicular, having long since reached the rope's limit." Then, early in the morning, everything they had except two machetes and some molasses slipped "in a fateful avalanche" into the water. No one likes "I told you so," but I would've insisted on fitting anything in the tent we couldn't afford to lose.

They were now 60 days up river from the nearest post without food or the means of getting it. Jack muttered, "Holy Hell." That's right, Holy Hell. I would've cussed a blue streak worse than that -- all the usual words -- for whatever good it might've done. It steels your resolve, I think. It brings your emotion to the fore and you feel your determination mount. That's the answer to any do-gooder who gets on your case for cussing.
Posted by dbkundalini at 6:00 AM