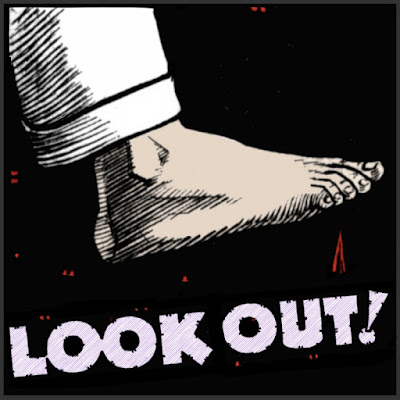 Knowing Your Destiny
Part 2 of 30

Here we are today with a subject that never satisfies anyone. I'm thinking back on some of my earliest training on the distinctions between destiny and predestination, and one of the fits I threw at my simpleton idiot professor.

The basic thing is your Destiny is the greatest thing in the world. But it has all kinds of little boundary lands that you have to occasionally choose or avoid. Requiring careful attention to detail, because the least little thing can sidetrack you and leave you vulnerable to many consequences. When it comes to something as simple as taking steps (see graphic), I’ve learned to mince when mincing is best and leap when the boundaries are a bit more far-flung.

Has this had consequences? It’d be shortsighted to say no, when what appears to be obvious suggests otherwise, so I’ll have to say Yes. And if choices are as predestined as some say, Yes is the obvious right answer. (I’m making the choice apparently in a more informed way, given my vast experience doing the wrong thing. Determined often by pain to the organism, myself or every person, creature, and situation before me. To which, let me apologize, to say I’m sorry if you’ve been implicated in any rampage of mine, big, little, intended, or accidental.)

Fortunately for everyone (I’ll be inclusive), none of these matters are so crystal clear that our mistakes are actionable, being removed from our direct experience. Of course the guy across town, whatever his actions are today could have consequences for me later, but just try to prove it.

Say the guy drops a glass, it shatters in a million pieces. Then I happen along sometime later, in a few weeks, and while most of the mess was swept up and all things tidied -- using a broken glass for our example. Naturally, each shard was not accounted for, because such exhaustive tracing of things would be endless. So I take off my shoes for some reason. Only to happen upon a shard. Ouch! In my case, having strong feet this will not mean the eventual removal of my foot, but there are some poor souls whose destinies are always worse than mine -- remember Hopalong Cassidy? -- who are not as lucky.

Everywhere we look, then, in Destiny studies the horizons are far as well as wide, with enough narrow focus necessary for each one of us to turn out to be mortal. If you’re looking for advice, it’d about have to be, either Pay Attention To Every Little Thing, or Hope Your Destiny is big enough to take care of itself. I think the best way is a mix of the two, being the principle, Do The Best You Can. Eventually we'll die, but it probably won't be this week.

Remember I said my idiot professor, a simpleton, and I had a major joint meltdown, him in his "vast wisdom" being wrong, and me, the typical student somehow getting one over on him concerning predestination and destiny? That was quite an episode! One for the books!
Posted by dbkundalini at 6:00 AM