Your Destiny, My Entertainment 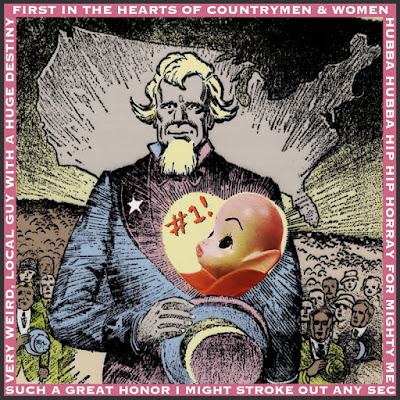 Knowing Your Destiny
Part 1 of 30

Writing anything on “Knowing Your Destiny” is a tricky business. Because, naturally, I don’t like saying things that might be a discouragement to anyone. And I know when it comes to the subject of destiny or fate, things like that, people tend to read it very closely, and more importantly, extremely personally. I've never envied anyone in the horoscope business, although for the most part they’re insulated by anonymity. But everyone knows me and my great influence, and if I ever said there’s buried treasure in my backyard, I know I'd have half the country here tomorrow digging it up, and no doubt ruining the pipes. Full disclosure: There is not a buried treasure, but a couple months ago I did bury a dead cat.

When it comes to your own personal destiny, I’m just like you, usually. I have a pretty good sense of my own destiny, and I know when to care about it and when to ignore it; it pretty much works in its own nature without me needing to tend to it often. I always leave its default setting at "One Day At a Time," because for me that's the least intrusive. Onward we go, no fuss with it, everyone out there can do their best and I’ll do my best here. I find you don’t very often need a psychic, only if you have money to waste and say it’s the Renaissance Festival and it's fun, for entertainment purposes only. Yeah, yeah, that’s my own disclaimer too.

Anything I may say about your destiny, don’t let it bother you. I don't actually know you. But I always have your best interests at heart, and anything that appears negative isn’t, it’s just a backwards, attention-grabbing way to letting you know that your life and destiny are always in your hands, so always do your best and find joy in everything that’s revealed day by day. The best policy when it comes to your destiny is 'Don’t Worry About It.' But if you can tinker with it here and there without going crazy, talk it over with friends and loved ones, and any local witch-doctor you might know, then ease into it (or jump out) like you would a too-hot bath.

Now let me talk about myself, looking at the graphic, etc. There’s Uncle Sam, then there’s me, first always in Uncle Sam's heart. That’s a pretty great destiny, the envy of the land! The people of my country love Uncle Sam, and if they see his picture here they also love me! Suddenly, in their delirium, they’re stumbling and staggering like there’s an implant in their brain driving their devotion, because it certainly doesn’t make any sense otherwise. “We love America above all countries, we love Uncle Sam above all country symbols, and we love the guy who writes this Grandma Slump blog above all mortals -- if that’s what he is -- for his wisdom, devotion to country, and his fascinating interest in police chases on YouTube. It’s true, that last bit. I watch police chases, then wave a wand, and by the time the video’s over, the police have managed to capture or kill the perp.

Some of these police chase victims -- and that’s what I call them, since they were the unwilling recipient of a hair-up-their-ass that this idiocy would be a good idea -- are fascinating watches. If you want to predict someone’s destiny, watch what happens in their case. Once you've done that it doesn’t take much to extrapolate from it and pronounce, “And so shall it be for future idiot losers dumb enough to throw away their lives, money, or freedom for a half hour of being chased back and forth on the freeway!”

One fun thing to count during a police chase: How many times do the commentators use the obligatory phrase "high rate of speed"?
Posted by dbkundalini at 6:00 AM