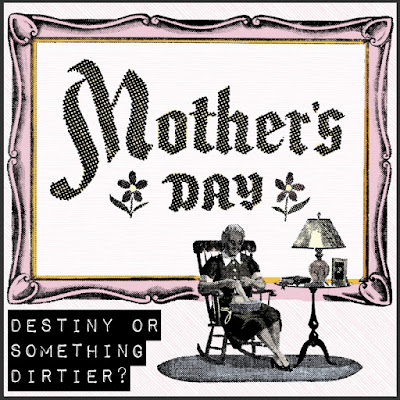 Knowing Your Destiny
Part 24 of 30

Probably all of us have wished from time to time that we’d never been born at all. The problem with that, naturally, is that we wasted our opportunity to make our wishes known, way back when they could’ve done something about it. You need to be bold, speak up, instead of complaining about it long after you're already here. Do I wish I'd never been born? Well, I think of all the money I could've saved.

One question that's entangled in this quagmire of knots is, Is our presence here a thing of Destiny, planned and plotted by Destiny? Or just the luck of the draw? A man and a woman are together with enough thrust for a moon-launch and nine months later we land on earth. If it’s a matter of Destiny, like every resentful kid says from time to time, “I didn’t ask to be born!” True, true, but you like I always counter, You didn't ask not to be born either.

I still remember how surprised I was to grow up and realize that Earth had been here 5 to 15 billion years and doing very well without me, then here I was. When we learned about Genesis we thought it was only a few thousand years. But we had to revise our whole way of thought in terms of new information, the vastness, 15 billion birthdays without a card. The great thing for me in those billions of years is I never had one worry I can recall. Then suddenly I’m thrust against some woman’s breast and learn that that’s what we eat till they phrase us into good old cheap spaghetti. I’ve actually been saving lots of money eating spaghetti everyday, now that Mom’s gone.

But it’s the odds of all this that interest me today, the chances of Mom and Dad being where they were, meeting, etc., supplying the ways and means for the world’s huge plot against me to come to realization. Obviously someone up there either had it in for me, or perhaps I misunderstand the nature and meaning of existence. Is it really to do this, that, and the other thing? Or is there an intermediary phase that I’m leaving out? Maybe it’s a way-station on the way to a different station in life.

It would've been nicer to be born on a planet that didn't have such an orderly society with taxes.

As it's turned out, though, I guess I can have some pride. No matter how terrible criminal thugs have all turned out to be, at least I’ve never been in prison, never on death-row, and I've kept my politics soundly in the progressive track. And as far as I know, I can think with the best of any group of average citizens, so I shouldn’t complain. I hit the sweet spot in every category!

What was my mother like? She was very nice, a cool lady, and in ways kind of quirky. Which was something to love about her. And as destinies go, Mom had one as much as anyone.
Posted by dbkundalini at 6:00 AM