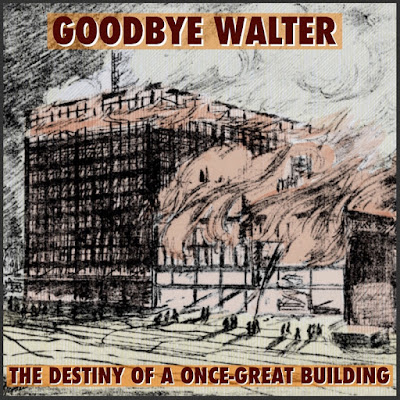 Knowing Your Destiny
Part 7 of 30

What can you say about the destiny of a guy working in a big building with hundreds of other people, who when the building caught fire managed to be the only person killed while those hundreds of others escaped? My first reaction would be to say there was something wrong with him, a screw loose somewhere for him to fail in such a massive way. All you have to do is tag along with the others, sort of the buddy system, and get out.

But it's like everything: There's always one. You might be trying to bring a meeting to an end so everyone can go home. It seems you've reached consensus and everyone's happy with the proposals and plans. Until one guy pipes up his own foolish opinion about what they should do, and you have to break out into groups for one more session. The boss says, "Let's put our heads together, let's stick with it, do it for the team!"

That's what Destiny's like. The building erupts in fire. 99.9% have the escape routes memorized, and know how to walk calmly in single-file and keep their eyes open to danger, never taking it for granted that something terrible can't happen. Because it can. Then when the fire comes, everyone makes it. Everyone but one guy, who's by himself, clawing the walls like an idiot instead of maintaining a calm demeanor. Maybe he was in the upper reaches of the building and it was a freak thing. There's lots of reasons someone could be that guy.

Walter happened to be a guy with lots of absences. He'd had a sick spell for a few years and so he wasn't quite up to speed on the safety plan. If people didn't see him, it was because they were used to him being gone. Then when the fire broke out, they just assumed everyone made it when it wasn't so. I would put it a little differently: When Destiny saw its opportunity, it took it!

The first lesson we can learn is not be absent so much. The stricter the absence policy, the more likely people will be safe in the long run. It's a great incentive plan: Don't be so sick or you might die. Of course management is afraid of being sued for firing people who are legitimately sick. But because of their leniency, Walter assumed that when push came to shove he’d be OK. In this case he should have been sick, but he was well enough to work the very day of the big fire. A destiny twist. No one was looking for him!

And like his sicknesses, his body conspiring against him, the fire seemed to conspire against him as well, picking the very day he'd be alone on the top floor going through some files. The task was twofold, move everything from this room to that room, and everything from that room to the first room. So stuff was piled everywhere. That's the whole tangle Destiny can make. You can have one room with two rooms’ full of stuff, at times terribly blocking doors, covering exhaust fans, and making a dangerous situation worse.


The other lesson we can learn is not to be like Walter. So many things conspired to put him in the absolute danger zone, just out of reach. You couldn't have planned it. Or could you? Spend your time a little more wary, aware that your next breath could be your last. Because someday it will be ... unless ... unless you make sure things your destiny's always good. Bear down on it and make it happen.
Posted by dbkundalini at 6:00 AM