The Big City Over & Out 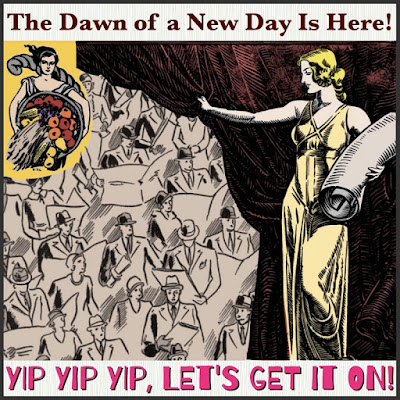 Happy Leap Year tomorrow!
A Whole Additional Day of Life
and You Did Nothing to Deserve It

We’re at the last chapter of our little talks on The Big City. As far as a dedication of the series to someone, that's something I’ve never done but I’ve been encouraged to do so. So I’d just like to commend it to everyone who has feelings whatsoever about the good old cold Big City and the smaller, homier places we all revere so much. And then, more particularly, I want to dedicate it to a guy I met near the interstate the other day, Griff. Griff's a guy who's down on his luck and has a sign asking for whatever you can spare. Griff appears to be a religious guy with many good values, wishing as he does, continually, God's blessings on all who share the interstate with him. It could very well be he's sucking up. If so, at least it proves he knows about the sweet spot of American culture. And proves he's conventional in upbringing whatever his deviance from the norm today. But he's using it as a cudgel against us to loosen the old purse strings. Duplicitous! I don't think I like that. What's he going to be doing tomorrow, waving the American flag? Get this guy in politics. "I'm down and out, I deserve your vote!" Way to go, good Griff -- hope that's your name, something like that, maybe Lief, whatever, love you, Bro. But I don't anything smaller than a dollar, so not today.

OK, enough foolish preliminaries out of the way, this is the last post of the month which, if memory serves, very well could be February 2020:

Personally, and just let me say this simply enough so everyone can understand it, I have a soft place in my heart, at times, more or less equal for Big Cities and little towns. So I have an anecdote today for each place. (Please don't fear if you've already been immunized, no anecdote will be needed.) Then those times come, of course, when I say, “The Big City? I can take it or leave it!” And there’s a variation on rejecting it immediately, abruptly, and forever that's not nearly the tugger of the heart, but sometimes the heart also deals with things by a stern attitude, not just the usual mush.

I’ve had a bunch of significant days in my life in the Big City. Huge profound, significant days, like my first day here, making my first call to the police concerning crime, then having to look at the mugshot books, then while I was there I got to bid on some unclaimed booty.

The Big City gets the greatest crime, naturally, thanks to the gargantuan population, the great amount of things to steal and numerous places to burgle. The other side of that coin is that the general public is wary and getting in some good jabs at criminals with door cameras and boobytrapped boxes and packages that help recycle common body fluids and solids. The devices in the packages are where the real excitement is, how they’re able to start spinning and emitting chemicals, poisons, just totally triggering the device, it's spinning, it's wild!

The littler towns also have had a soft place in my heart many times. I used to live in a small town, several years, and knew the place like I knew my own body, skills I was able to hone further with puberty. I was just thinking of a guy I used to know as a kid, then I saw him one single day as an adult, then he was gone, died sometime shortly after that. I looked him up today to see what he died of, which was, damn! I forget now. It wasn’t a broken heart, of that I’m sure, because it mentioned he had a wife.

What was my theme? I keep forgetting, because I have so much on my mind on every subject; it’s hard to narrow it down to one thing. But now as I recall, it was The Big City, my feelings, thoughts, and, yes, insights into The Big City. A place that exists and a place that, like it or not, I call home. And probably will till I'm able to get the hell out.
Posted by dbkundalini at 6:00 AM