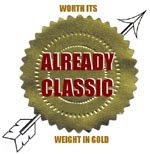 From my post yesterday, one sentence stands out and has been screaming in my mind ever since I hit the ENTER button:

So the mule exists by itself and dies alone after its servitude.

That's right, the mule stands alone. Which is what Lemuel is in his own home. I'm not big on names but look at his name, "Lemuel," which could be easily split as "Le muel." Then it's just a matter of flipping the EL and you got the exact animal. Hush my mouth.

And I like to think more highly of myself. But what do Peru and Lemaperu think of me? What do they see when they look at me? I'm unmarried, middle aged, no prospects, living with a widowed grandmother. I'll tell you. They see a mule in servitude, existing by itself and prepared to die alone.

Now -- go with me here -- what if the entire Grange Brotherhood is just a proud facade? What if the brothers are simply a barren of serving mules, keeping some level of pride by running around the countryside spying from every tree, when in actual fact there's a Grange Sisterhood pulling the strings?

Well, the answer is, I'd say, What is is. If that's what's going on, the rest of us would have to adapt, assuming they've fought it out over the years and are considering the matter for the most part resolved. Maybe this is why Grandpa dropped out, too much testosterone to stand it. And yet, and yet...

I'm racking my childhood memories and not coming up with much. He died first. Grandma lives on in a kind of perpetual existence. He worked hard and brought home the bacon. That's what a mule does. He took care of a lot of the heavy maintenance stuff around the house. Like a mule. In fact, now that I look back, every chore that you'd give over to a mule, if mules could do chores, seems like it was Grandpa's to do! Then he finally died ... after this dumb servitude. 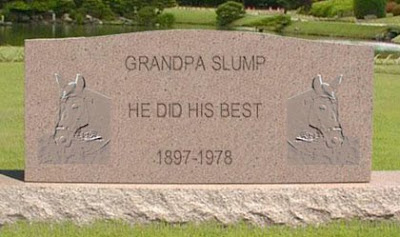 Excuse me a minute. ... I creeped over by Grandma's room to make sure she wasn't up and talking on a radio. Everything seemed normal. She's sleeping. At 104 there's no way she's doing a whole spy thing on me. Surely not. The Sisterhood can't be depending on her for information.

So where does all this leave me? I think things are pretty much the same. I need to just go with the flow. It does knock down the whole idea of the glory of one day being the head of the Grange Brotherhood, which might still be a decent, honorary thing to do. But if the Sisterhood has a place for me in their service, there could be something good in that too. One thing they still need us for, I hope, is our service in reproduction. Which, I understand, brings with it some rewards.

But as for Lemaperu and sweeping her off her feet and romancing her, all those dreams I had -- she's a big gal, she'll probably sweep me off my feet. And as for romance, if she's as hardhearted as I'm starting to think, she'll have a whole biology lab with her. Checking my temperature, her temperature, charting our cycles, when you plant things by the light of the moon, sex almanacs, various horse manuals extrapolated for use among our own species, etc.

Then at just the right moment, by the light of the full moon, my head silhouetted against the moon, I'll let out a bray of victory, several sisters will appear, throw a bucket of cold water on me, and I'll be immediately kicked out of the room.

But an actual mule doesn't care. As long as he has something to chew on, some hay, and a warm barn to bed down in. They just go with the flow.
Posted by dbkundalini at 7:31 AM