A Tricky Case To Decipher 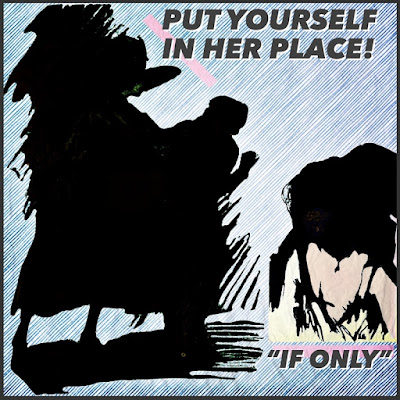 I see at a glance what we have here. A case where very few facts are clear. To the layman, the amateur viewer, it's inscrutable, indiscipherable, but also oddly compelling. Right away, you sense guilt, thinking there’s a victim, and guilt must be assigned and the aggrieved consoled. But who's who? You can't rush it. You'd like to see at the least signs of nervousness, shiftiness, straining to get away, etc. Is someone looking to give us the bum’s rush? What's the status of any weapons there may be? Fingerprints at this stage would be of only limited value. But you must preserve the scene.

I suppose, though, as I look at the graphics I can discern a few more clues. (I already know what happened so I can afford to take my time.) Certainly if you were with the police, under the gun with your career threatened, you’d give it your all. And then hope your all was good enough. But you might be so keyed up you'd rough up somebody to regain the edge, but that's against regs. Whereas I'm used to stepping into situations in life and not having the slightest clue what I’ve gotten myself into. But I take a breath, twist my head to really wake up, then open my eyes and go, “What have we here?” One big thing to know is it’s a six-year-old’s birthday.

Here then, yes, looking at it from every angle, surveying the scene, allowing my eyes to roam, and letting a little mind/mental action have its way, my tongue begins to tell the tale: “I see, let’s see, there is a particular story before us, at least the pieces.” Then I twist my head, move my arms and legs like the detective machine I am, even my lips are murmuring in a robotic gibberish, and I finally spit out a paper tape like a pharmacy receipt, 12-foot-long if it’s an inch.

We’ll start with the headlines: A. “Put Yourself In Her Place!” and B. “If Only.” There's two figures. One has the upper hand in a tumultuous encounter. The encounter has an end, with the single figure on the right the survivor, struggling with the implications and expressing regret, “If only.” That could be “If only” I hadn’t come, none of this would’ve happened. “If only” I’d been ready I could have killed her more handily. The inscrutability could keep you guessing.

Here's the actual truth: There's two sisters, the six-year-old's mother and her sister arguing over a plate of cookies. The mother in the party hat started the cookies, then stepped out for a minute. Which became more like 25 minutes, at which point the cookies were burning. Her sister went in to get them out and turn off the oven. The mother came in at that point and started some commotion with the hot pan. She tried to pull it away but pulled it into her own face, fell to the ground having a heart attack, a pacemaker implosion, something! She died. The sister called the ambulance and police and in the aftermath is lamenting, “If only I had done such and such.” Maybe made a cake myself and let her sister rest. Now her death has ruined the party for everyone.

Since receiving this piece, I fired the artist, but, interestingly, invited him over to bake cake with me sometime. And he said Yes! So that’s great, cake plus revenge. We’re gonna have a dead artist on our hands. And everyone knows dead artists’ works are more valuable than those of the living.
Posted by dbkundalini at 6:00 AM