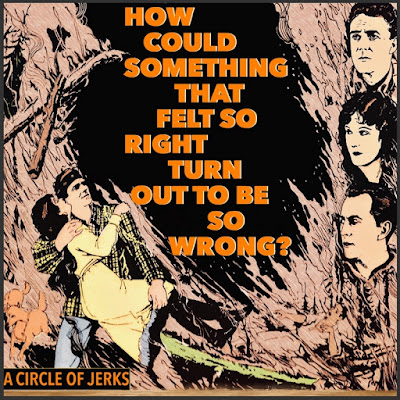 Part 24 of 31
They Found Another Body

How could something that felt so right turn out to be so wrong? Who among us hasn’t asked that a million times, every time we get involved with someone? Then, inevitably, nonetheless, we're running through the conflicts, the potential suicides of other loves ones, and bringing the walls down because of our momentary lust for … wanting it all. When we probably should've heeded the warning and simply said, "I’m old, I’ve had my fill. It’s the same thing over and over, humpa humpa, big whoop, pay the hotel, let's go home."

Of course it's worse if you’re out in the wilds somewhere, where adventure lives. Then you’re up against the primal elements, not just the niceties of a motel, but the slouching matron at the front desk who could care less what you’re up to, just so you don’t drag it to the hall, and leave the light shades alone. I remember one particularly hot weekend — I’ve denied this episode in court several times, so please don’t report it — that one guy got his business stuck in the vacuum cleaner and that was painful for him. I’m only happy I wasn’t also drinking, because there might not have been anyone to get him out. As indeed it seemed painful, but thank God when I'm sober I can wield a crowbar with some precision.

In the wild, though, everyone’s wilder. And the things of primal lust lead to primal behavior, being macho, being outrageously feminine, or what have you. I know they weren’t using rubbers, so how much more primal can you get? That’s right in the open pure lust, hanging low, springing high, showing off, anchors away, not coming up for air, basically making a buffet out of things when you don't even know their expiration dates. My personal policy on that is a strict No, thank you!
But not everyone’s me. The world would be a better place if everyone had my adamantine self-control (patent pending). But since they don’t, they're at the mercy of animal lusts, which of course know no boundaries. They’re down the hall with their Tarzan yells. Their doors are wide open, there's various mobile adult bookstore devices hooked to them, and they’re even running up and down the hall. It’s rustic enough, of course they can get away with it. Until the matches and gasoline come into play. That's when I left.

What a terrible disaster. So many charred bodies found, one for each victim. But they had put up a brave front, and I can only console myself with the thought that their last words -- reportedly shrieks -- comprised an earnest heartfelt prayer.
Posted by dbkundalini at 6:00 AM