His Last Day In The Desert 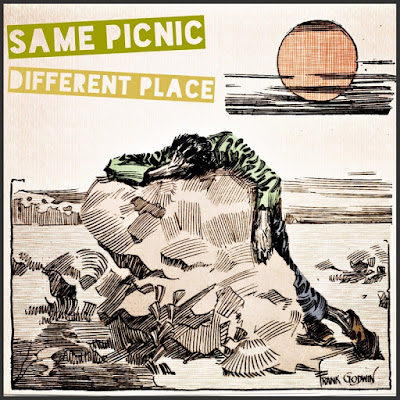 Wouldn't this be a drag?
Part 21 of 31
They Found Another Body

There’s something about the human mind, always thirsting for knowledge, always exploring, looking to see what’s beyond the next horizon. Which I discovered a long time ago when we were out horizon hunting; what’s over the next horizon is always the next horizon. Nature has ‘em lined up as far as the eye can see, then farther. Everywhere you go it’s the same old thing, underwater, cross country, interstellar space. In space it’s freaky, you get somewhere, take a couple pictures, then you’re off to the next place, 4 million years in the future. I can only imagine the deep depression of people spending multiple generations -- a thousand generations! -- in a spaceship. Heading light-years away, how horrible.

Crawling through the desert would be like that, and even though that's an earthly thing it's still beyond what I’d allow for myself. Daily life is bad enough, I don’t want it any worse, putting the pedal to the metal of desperation, crawling like a baby across the hot sands, watching like a hawk for the albatross or whatever's out there just waiting to pick the meat off your bones. The best thing you could do is get on one side of a big rock, then let the shadows give you some shade. Keep a rock between yourself and the sun, hopefully with a canteen to sip from every few minutes so you wouldn’t have to die till tomorrow. Then traveling at night. In this scene he seems to have collapsed on top of a rock, maybe the hottest spot there is. And perished. Just as well, unless he just missed civilization by a bit.

Death is an interesting thing. It’s always watching for us at the extremes of life, then it springs like a trap. This guy in the desert, he thought he was up for real adventure, something to tell his grandchildren about. Or it could’ve been he wanted to write an article for an outdoors magazine about how to survive the unsurvivable! I’ve listened to enough warnings about the sun and a summer day and hydration and sunscreen, and on and on and on … that I know the real purpose of life is this, hide somewhere where the weather’s perfect lest you die.

So I stay in a lot. We used to worry whether we had a tan, all that. No more. The house is shut up, the fans are on, sometimes the AC. If it weren’t for dogs not knowing how to use the bathroom we’d never leave. You can have your groceries delivered now, which they did 100 years ago but we got away from it until relatively recently. But we always want to go outside. I don’t know why entirely. Gives us a little break from the same four walls probably. Just like being in prison. If you were in prison, you’d say, “O to crawl across that field!” And that would indeed be a pleasant break. “Or that desert. How much better my crime would’ve been to make a heist on a plane, then parachuted into an endless hot desert!” Just the ticket.

Another thing I don’t know about life is how long it takes to die in the desert. We’ve seen so many cartoons of the guy crawling across the desert, but they never answer the questions we’re really interested in. We always see skeleton heads as one of the desert props, but we don’t know the timetable on death and becoming nothing more than a skeleton head. They could’ve covered that in school but they didn’t know either.
Posted by dbkundalini at 6:00 AM