I'm Shutting This Party Down 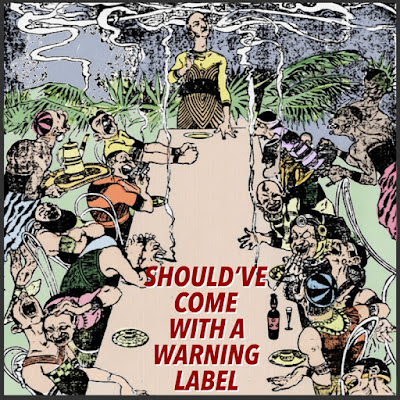 Part 23 of 31
They Found Another Body

I hope I’m not coming across too moralistic in this series, a goody two shoes kind of guy. I’m trying to cut everyone a lot of slack, really. Engaging everyone’s proclivities, trying to see the good sides as well as the bad. And even though they always end in death, there’s still some degree of good in getting there. And whether death is the only outcome, I don’t think I’ve claimed that. For every 20 people who die, I have no doubt someone survives. Only to die another day, having built up so much false self-confidence by the apparent escape.

If you want self-confidence, and if you want to live, just don’t take part in anything dangerous. Exercise moderately, not to the point of working up a sweat. Drink a little if you want, just make sure you nurse the bottle along so you’ve drunk one whole bottle over a period of three or four years. Do everything with such discipline and reserve, and you could be like me, living till you’re old and gray, losing your memory, and wondering to yourself — with no survivors around to remind you — who am I and why am I here?

We’re looking today at a full scale bacchanalia. A long table and enough ugly ass characters lost in reverie and drunkenness to the point that they’re not going to make it. Yes, some will make it. For every party like that, there’s always survivors. Giving hope to other idiots that it can be done. Instead of what should happen, which is that the sky would open, a beam of light coming from as many directions as there are people that would lift each one up to the ceiling and give them a stern warning: “If you want to live, you need to settle down. Your place in life is to exercise moderation. Going whole hog is for hogs, not men. The things you are laughing at hysterically are not objectively funny. You see your mate drooling. Or passed out. That’s not humorous, but detracts from his worth in your estimation and makes you look bad. You need to shut the hell up, get back in line, and march it out of here single-file, one by one, or you'll be judged harshly and put in your place.

Then whoever’s left witnesses the spirit of Carrie Nation, well-known enemy of drinking and carousing, stepping in and breaking every one of those rotgut bottles against the sidewalk, overturning the tables, and airing the place out. With each of the merrymakers sat down in a stern place and given the talking to of their lives. If you want to live, here’s how it’s going to be done. 1, 2, 3. Any questions? Hearing none, you’re off to home. Do not stop anywhere for a nightcap. We will know about it and we will destroy you.

Well, you know this crowd. No self control. They’d rather die crooked than go straight. And that’s exactly what happened. A candle was overturned and burnt the place to the ground. Those who survived the longest, their eyes bulged out and it was a hideous sight for the poor guys who cleaned it up. In fact, those guys were so repulsed that they also went out for drinks, became alcoholics, and died later in the early morning hours. The funeral directors for those guys also became disillusioned, took up drinking, and a little bit of dancing. It was disgusting.
Posted by dbkundalini at 6:00 AM