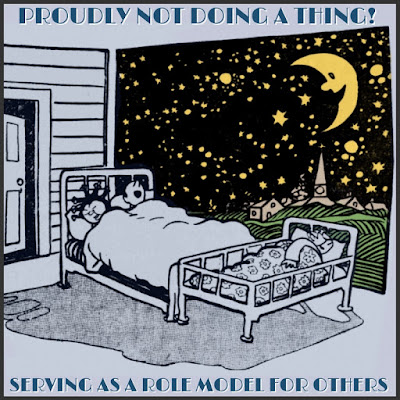 Part 11 of 30
There's Death In Them Thar Drawers

In these days of boldness, of people putting it right out there, even in your face, and daring you to object, we have to tread wisely. “Forgive them,” we might earnestly implore the forces above, putting ourselves in some pretty holy company with words like that, “Forgive them for humping everything in sight, be it consenting, be it nonconsenting, be it alive, inert, a hole in a tree, or some filthy device found secondhand in a used devices store.

I know the media isn’t helping. Yes, I’m paying attention to the media. And I can sum things up pretty well. An image forms in my head and I mull it over. I don’t write it down. And before you know it, it’s taken on a life of its own, with a mind of its own. I rise up, it exposes itself to the light of day. It forges ahead, dodging and weaving, making its own path, forcing its way with insistence against all obstacles, unaware of the meaning of Stop Stop or Don’t Stop, Don’t Stop num num num. And I have pretty good control, respecting all boundaries. But here I’m speaking not just of my moral self, but the forces of existence that take our fellow beings over the line and to the moral woodshed. They can be restrained, they can be helped, even if it takes manacles.

Did your parents sleep together? With an emphasis on the word ‘sleep’? Ooo la la, some of you are saying. Of course they did. They weren’t perfect. Their restraint was like the restraint of most people, feeling fairly well entitled and not having real discipline. To the extent that I was aware of anything, I can say that mine had the superficial basics down. But they didn’t want anyone to know. This became an issue when I filled out a survey -- called Card/Pack -- that brought down the wrath of my dad upon me. “Did it have a question that said, ‘Do your parents sleep together?’" I couldn’t remember but I thought so. Well, from that point on, they didn’t. Meaning I had to file an amended return and only then escaped trouble with Dad.

If they were like the proud couple I’m thinking of today, who sleeps outside to let all the world know they’ve got the innocence it takes to have the happiest life, it wouldn’t be an issue. And perhaps it wasn’t anyway, because from that time on that’s all the kids they had. I have to think they knew something about the authorities and the scare of being socially exposed, because, indeed, There's Death in Them Thar Drawers. Meaning, the less school children were discussing it and exposing it to the all-seeing eye of the government, which you'd think would be more interested in aggregate numbers than specific hanky panky, the more they could continue their activities, but now with more discretion. Which is still no excuse.
Posted by dbkundalini at 6:00 AM