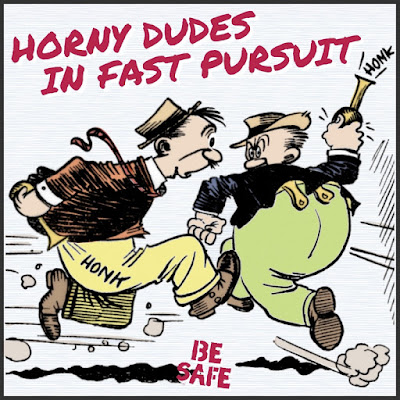 Part 8 of 30
There's Death In Them Thar Drawers

You probably picked it up in some of your history classes over the years, that things in the old days were different from today. Way back then they had to regulate society much tighter than today for the very simple reason that society was under many more immediate threats, outbreaks of disease, the plague, the croup, dizziness, etc. Even getting too close to someone then with your bad breath -- say you had pneumonia a month ago -- was a concern, and this would be equally true if the infection arose from ordinary breathing, dog breath, Italian breath, or what have you, which sometimes are never cured -- it killed entire cities right now, on a dime.

Another thing, those were the days right at the ragtag end of huge leprosy outbreaks. Meaning they were used to social restrictions on such things, with the bitterly afflicted having to remain isolated, sometimes on their own islands, who could only come to town after having swam a mile, the water cleansing them enough to allow them to enter the market for a few minutes. Interesting, isn’t it?, that back then there were such horrible deaths in them thar drawers! With the whole leprosy thing necessarily carrying over for other conditions, mild or severe, and guys causing a genuine panic wherever they went.