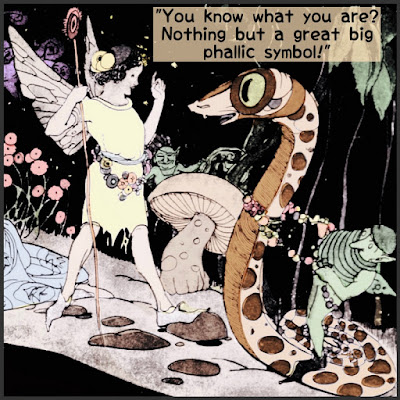 Part 15 of 30
There's Death In Them Thar Drawers

Any one of us, were we to come near a live wire surging electricity, 100,000 volts, capable of powering a city for a year, would keep a wise distance. I can see myself to be the first to discover such a thing in my path. Then I'm standing there wondering what to do. “Do I run for help and leave it exposed for others to touch? Do I wait for help, someone who could run for help or would stand and watch the wire and warn others away? Do I cover it with a bushel basket and post a sign saying "Danger"? Right there I’d be fearful, maybe it’d spark, the basket would catch fire, the fire would blow into a park (on an autumn day) and next thing the city would be ablaze.

You can see the dilemma. A live wire's nothing to mess with unless the times, the hour, the moment has somehow chosen you. And that’s basically how life happens to me. Everyone else has missed the danger or urgency of any particular moment. You’d think just in terms of statistics that some other poor soul would be the first, but, no, it’s always me. As an example, I was hiking near some tectonic plates one day. I put down a blanket to have a picnic. When suddenly my basket was 10 feet in one direction and my plate 10 feet in the other. An earthquake.

As the meal went on the whole kit and caboodle spread over a small acreage. I’d sat my phone down and now had to run a mile to find it to call the geological survey or whoever. They said, “Thanks for reporting it. We’ve been monitoring it shifting for the last day.” Then the big one happened. Everything went to hell and I was flung back home to the Midwest, unharmed but mentally shaken, even more than usual.

The sprite in the picture is the sprite in all of us, right at the center of everything as it happens. In this case it’s the dawn of sexual understanding, naming it and touching its power. And while I cannot say I was a deep thinker in those days, unlike in the graphic, I was definitely a willing student, a willing learner of the magical forces, the tides rising, the tides falling, the oceanic feelings of [clearing my throat] bliss, my eyes rolled back in my head. The magazines not only promised such a rush but delivered it, until the pages were worn thin and the model’s had all packed up their bags and retired. Leading to bolder, more explicit pictures of hideous detail, open like a garage.

The sprite has it right to puncture the pretensions, the power of those perceived-mystical forces, wisely upon examination reducing it to the mere mechanics of it. Its power with this naming, this reduction, is minimized and now within control, domesticated. "You are nothing more than a phallic symbol. A snake standing for something else. Slither your sorry ass out of here, go haunt someone else. Because now I know -- and I raise my washed hand to swear to it -- There’s Death in Them Thar Drawers. Neutralized, tamed, defanged.

May the same be said for all of us, harumph.
Posted by dbkundalini at 6:00 AM