We Need Our Thinking Hats 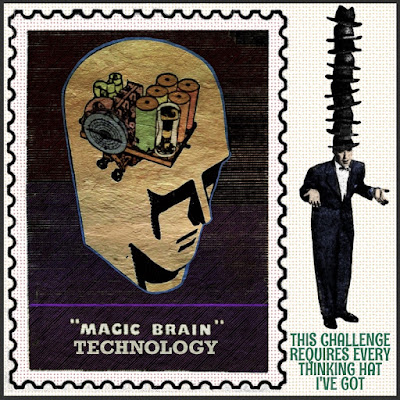 This tells in a nutshell why I never go to the hospital, unless it’s something simple like showing up for a flu or virus shot. And there hasn't been a virus shot to get yet. But even when there is, admittedly, something conceivably could go wrong. The syringe machine sees someone who’s on to it, someone knowing the hidden truth of machines, and so decides to boost the dose, or worse, to start shooting us so full of chemicals it’s like we raided the grocery store and ate meat. Ah yes, imbibing growth hormones, reverse trichinosis and full steam ahead mega vaccines...

It’s not the medicine I'm afraid of. I’m a big boy and get strictly big boy tummy aches. It’s the possibility that a machine somewhere, having a grudge against human beings for so long holding it down -- We’re The Man -- wants to squash us like bugs, sees what we do to bugs and turns the tables on us, a full-frontal attack.

What I see in that is horrendous, worse than I’m willing to tell. That’s how afraid I am to rock the boat. I may not have many years left and I’d rather wisely use that time to undercut machines and machine-like behavior in my own devious ways, never head-on. Machines have a tough time with asymmetrical counter-punching. I can handle that very well, but the machine could still get me. Because I was tested as a kid and am allergic to a full laser beam. My mom told me if I ever got wind of one my eyes would turn green and not from envy.

So… Where's that leave us? When you see machine problems and you’re against them, you need to put on your thinking hat (with the better qualities of a machine but more a psychological device) and let it pull the most necessary thoughts needed from your brain to combat those evil machines. Like Yoshimi with more prominence for thinking hats.

I honestly think that's a good way to do it. It’s very humane. It’s almost like going at it humbly, like I could be trying to convert machines to my way of thinking, and, I’m not going to cry… No, I’m going to cry if machines start killing themselves. One, big boys don’t cry; and, Two, when they do they contradict my statement that they don't. Then throw a machine or two in the mix and we could easily die from the dissonance.

So, no, I don’t want machines thinking for me. And if I have to keep a whole stack of thinking hats as high as the roof on the barn, so be it. We will counteract the modern trend toward machines-this and machines-that. Like beating spears into plowshares, we’ll face the dehumanized machine head-on, and hopefully regain our sanity and defeat paranoia. My computer says everything on this post is spelled right, so the next step is to post it.
Posted by dbkundalini at 6:00 AM