Check Out These Sexy Album Covers 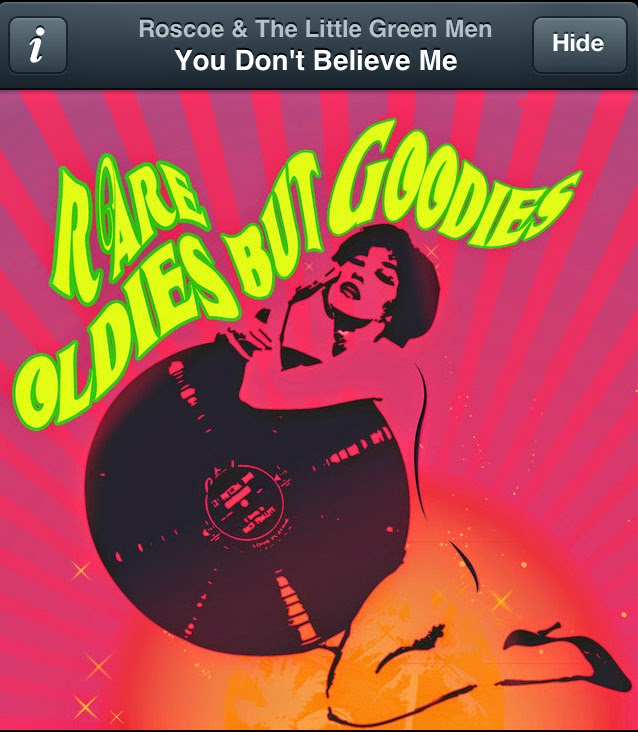 I've been finding some pretty sexy album covers in my discovery of new and old music. This album of rare oldies but goodies has a definite goodie awaiting the discriminating music fan. I see a very nice looking old record, a little bigger than life-sized sharing a hot date with a true music lover. The fade-outs on her back and other more southerly regions are not welcome, but still are not entirely bad. It's one of those cases, like with optical illusions, where the eye fills in the blanks, then ... lingers ... I'm not sure how famous Flow Tribe is, but I'm a lifelong fan, thanks to this sexy cover. Notice how risque it is: They're pregnant with a baby called Funk. How exactly they got pregnant, they being represented by the winged goddess on the cover, is anyone's guess. Perhaps divine hanky panky, but I like to picture it being done in the good old-fashioned way, with some mysterious guy, probably chunky, they met on tour. Up till then, they were strictly lounge music, with an unsatisfied hunger for flair. Then the guy approaches, and before you knew it, little baby Funk was in utero. Check out his umbilical cord, attached to headphones. Cool. 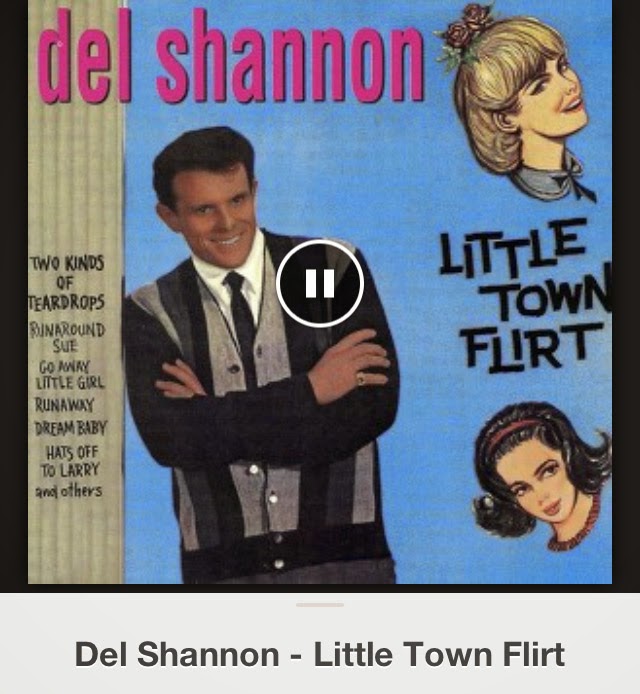 I've always loved this album cover by Del Shannon and the song "Little Town Flirt." This was a hugely sexy song in the early '60s. "You can get hurt, fooling around with that town flirt," thanks to her being involved "with every guy that goes by." Then there's the artwork. And I know I'm dating myself -- even going steady -- but to me this is what cute girls should still look like, the way they looked when I first noticed them. Yes, the old world ways are still the best! My cousins and I used to look at this album cover, then immediately go prowling the campground at the state park. Which was about the time I also discovered how suspicious and wary fathers could be. 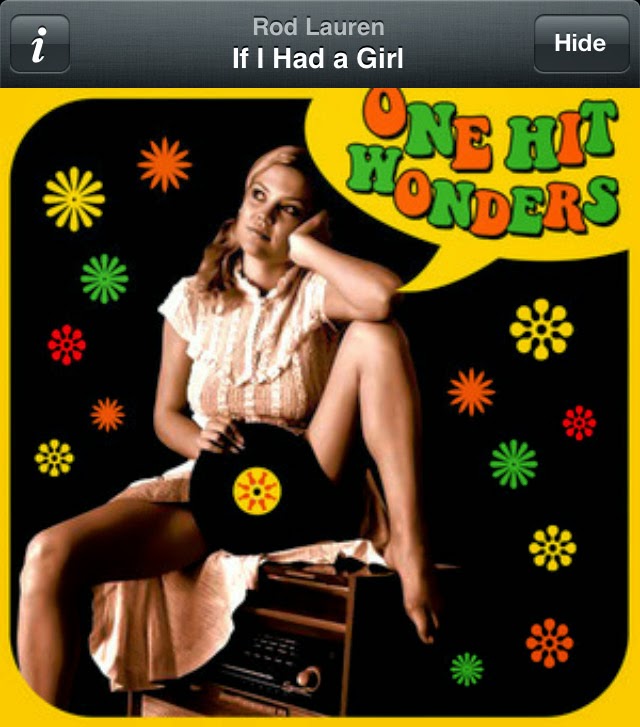 Isn't this a great one? You think, "Yeah, I already have most of the one hit wonders on this album," then you take one look and say, "But I guess I could always use a back-up copy." The way she's sitting, I have to tell you, I remember some of the old teachings, and this wasn't what they taught. But still, sometimes music brings out the animal in you. Then with some satisfaction, you're wistful, daydreaming, and casually setting the record down as you contemplate. Some guy comes by and wonders, Why couldn't it have been a 45? 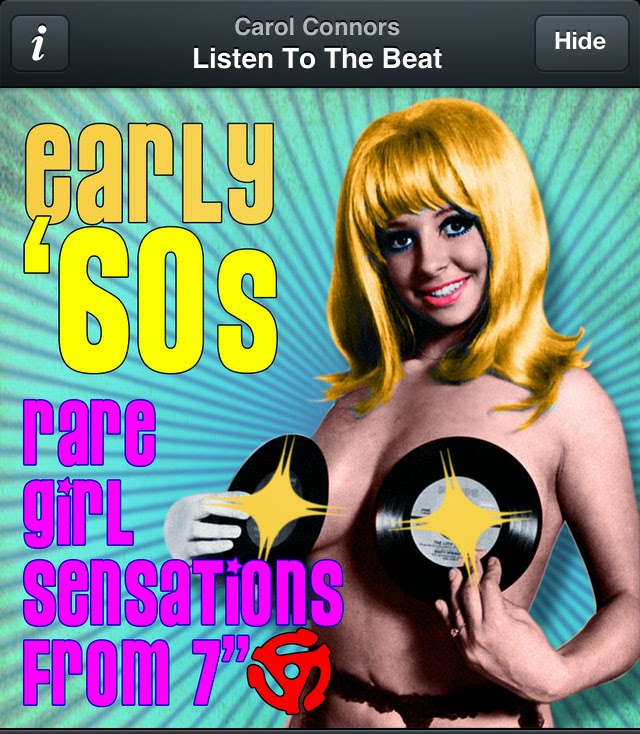 Speaking of 45s, what's those big gold blotches? Some kind of starburst thing, that, frankly, we could live without. Come on, I like to read record labels, being an old record collector from way back. But let's say something about the cover: Give me time, I'm thinking, I'm thinking! Wow! She's cute! One hand gloved, one hand not. I'd like to see her twisting the night away in one of those dance cages on Hullabaloo, at the Au-Go-Go! 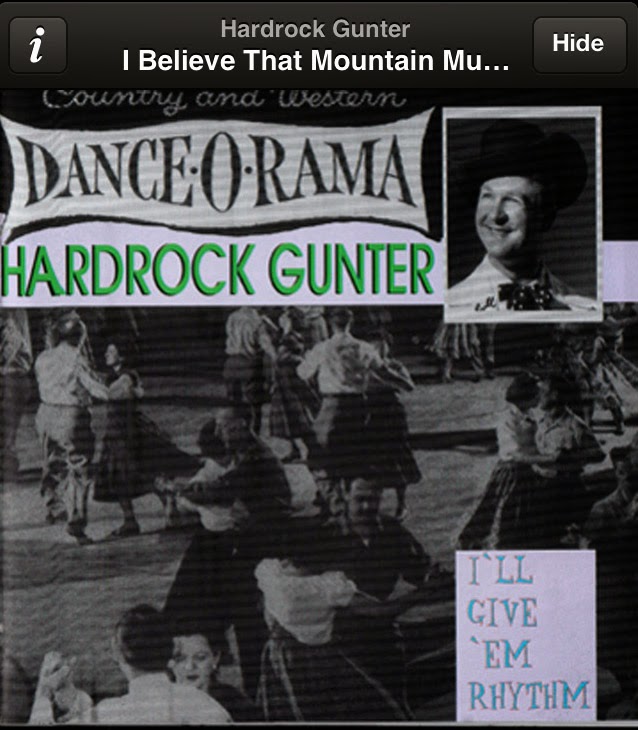 Sorry, boys, if this last cover's a total downer for you. But in many ways this is the sexiest of all, because it was Hardrock Gunter, unbeknownst to you, who got your grandparents or great-grandparents going, and if it weren't for him, you might not be here! Honest to God truth!

Hardrock Gunter was doing the wild thing back when doing the wild thing could get you in lots of trouble. They had the vice squad, censuring preachers, beak-nosed teachers, and mom and dad at the door. And yet, there was Hardrock, blasting out that hot country swing, and turning a blind eye when the kids drifted off to ... who knows where?

What about birth control? Except for a bottle of Coke, there wasn't any. Ever wonder why Grandma and Grandpa had five or six kids? Notice the title, "I'll give 'em rhythm." Hardrock meant it two different ways, but, alas, only one way was actually reliable, the music! But a lot of kids took it on faith, and so, here you are today, generations later.

Hardrock Gunter and his rhythm stick, sexy as can be! Pull up a chair at the Hardrock cafe!
Posted by dbkundalini at 1:06 PM