Our Savior with a Gun Devotions 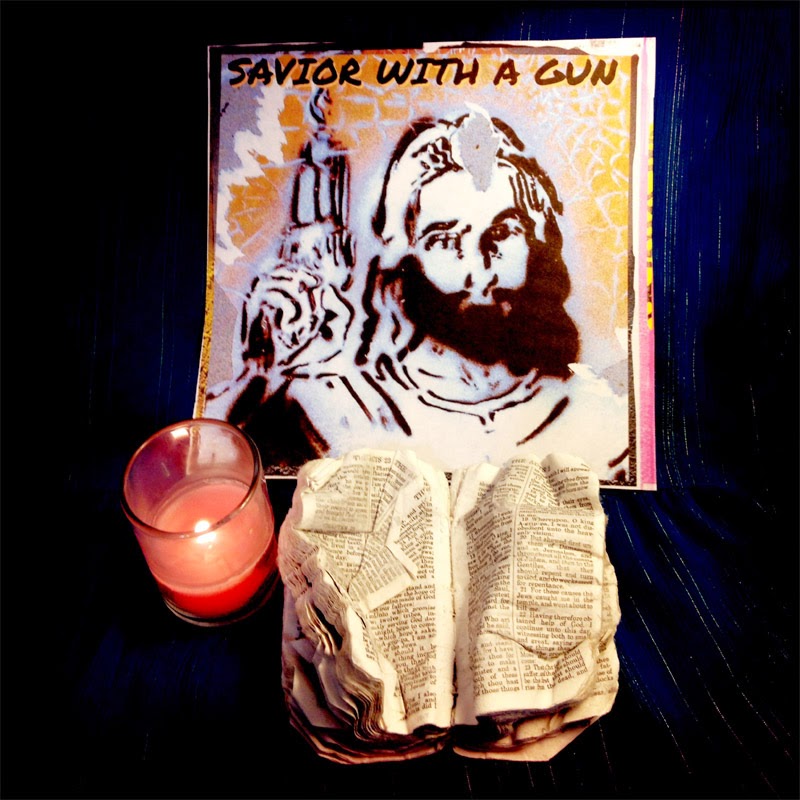 I've reread my "Savior with a Gun" post a number of times, and I have to say, I think it's the holiest thing this side of the Dalai Lama's priest. The idea of eternal divine wisdom combined with gunfire carries a rare spiritual heft. Because I'm someone who grew up hearing the report of a gun in more or less a pastoral setting. It was a small town and the country was right there, where someone was often hunting or target practicing. But violence with guns just didn't happen. Any violence we had was always someone drunk wrapping their car around the bridge abutment about a half mile from my bedroom window. Not in my direct line of sight, thankfully.

One of the major things I like about the Savior with a Gun is he's a person of very few words, and for that matter, very few actual teachings. So far ... because I'm sure he'll have to do more than shoot his gun and send people to look for the slug, although that's a fantastic start. As was presented in the post, in that he teaches all kinds of personal and transpersonal values. Then think of him in a rural place, the birds singing, the stream running, the sound of the wind in the trees, and all of that pierced for just a moment by the loud shot of a gun. The echo and quick dying away of the sound, imagining that, touches me deeply. It's like Zen, the abrupt moment of realization.

I want to be honest with you; I think I owe you that. There isn't an actual Savior with a Gun Bible at this point. So we're putting up only a few mock verses, all for a good cause, just to show how beautifully adaptable this particular world Savior's teachings would be in the context of other well-known scriptures.

To set the scene, my photo shows a well-thumbed New Testament, which, because it was in my pocket one day, went through the laundry. I didn't have the heart to throw it away, since even mangled up as it is, and maybe especially since it was mangled up, it still made for a beautiful sight.

So now, here's a few verses as I've adapted them (quickly) to go with the "Savior with a Gun" teachings as we have them so far:


They asked him when should the kingdom of God come? The Savior spoke not a word but raised his gun and shot it in the distance, and directed the disciples and others forth to find the slug. When they found it, they knew he could have shot it anywhere.

How about Mary and Martha? -- Savior, do you not care that my sister has left me to serve alone? Bid that she help me. The Savior lifted his gun and shot into the distance, directing Martha to go find the slug. When she found it, she realized Mary had chosen the better part, which would not be taken away from her. But by the time she returned, the Savior had holstered his gun and traveled on.

How about the 10 afflicted with leprosy? -- Before this shot lands, you shall be healed, in an instant. The Savior raised his gun and shot, and at once, indeed, they were cleansed. He sent all ten to find the slug, but only one returned.

Whom do men say that I the Savior am? Some say the Lone Ranger, others agree, definitely the Lone Ranger. But who do you say that I am? Peter handed him his gun, and upon the Savior firing, ran forth to seek the slug. When Peter returned, he said, You are the Savior with a Gun. The Savior raised his gun and shot again in the distance. Peter knew he was guided by heaven, the second shot confirming his declaration.

He let his gun fall back into its holster, and breathed his last, It is finished.

And with that beautiful verse -- one of the most touching -- I've breathed my last for this post and must now wander off with Martha, closing my beautiful mangled New Testament, honestly touched in head and spirit. As for the Savior with a Gun, he too travels on, shooting and directing seekers of the slug, as he wills. 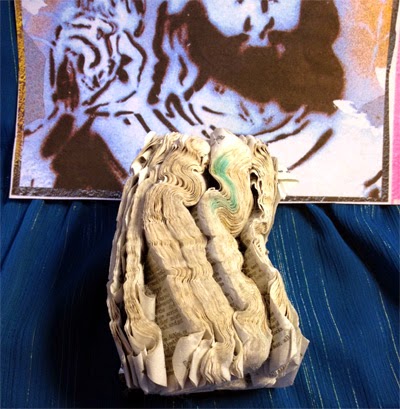 Posted by dbkundalini at 8:10 AM