[Secret Journal] Scratching an Itch (or Not) 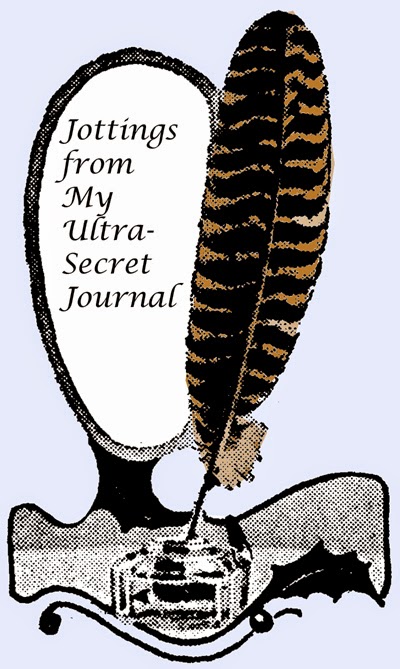 8:00 pm. Sunday - So many itches I cannot contain! -- I will bust! It's over! No, wait, stylistically I cannot start with the climax and give up. Must bear and forbear, must be patient. My impatience points to truth of pursuit, not falsity. Simply scratch as always, I have 61 years of ingrained habit, Lord Itch rules the temple.

8:10 pm. Sunday - The last 10 minutes have been a roller coaster ride, wooden, not safety-tested, really rattled my bones. Centered in non-itch new beginning, having scratched till I'm raw in places. Took BIC pen to right ear, smaller than finger, not recommended, certainly, but no one was looking. The things I do in the dark! Clean slate, blank slate, one little itch under eyes, then they creep in and subsume consciousness. I'm lost!

8:28 pm [day unspecified] - What's it been, 20 minutes? Rome wasn't built in 20 minutes, I guess. There's no reason to keep counseling patience, I already know that. This harping on patience is making me more impatient. Counsel mercy, which, apart from a possible first mention, is only truly mercy when it's not mentioned. OK, mercy for myself, still busy scratching. What I need is one decent concentrated itch spot, of my choosing, not a million popping up everywhere. What kind of universe is this, for pity's sake?

8:29 pm Sunday - Brief entry to say, the universe, the world is mercy -- pity, if you will -- I'm not separate. You can't think continental drift, tectonic movement, doesn't itch like hell. That's why we have earthquakes, the Logos rolling over to scratch. Merciful to itself. Giving credence to my theories.

11:00 pm Sunday - Must've dozed off. Dreamed I was on the ground floor of a massive itch, turned out to be a volcano. False alarm?

5:30 am Monday - Woke up scratching, might wear oven mitts today, hands up like a surgeon, reminding myself to break the cycle. That's it, I'm just unconscious through habit (cf. above, Lord Itch, Temple.) Who is this f'n Lord Itch? How did I come to serve him? Who's his consort? Is she worse, prodding him from behind? "Exact tribute from him, you worm!" she cries, calling the Lord a worm? Who is this massive B? Called Lady, probably. Lady Scratch? I guess that's it, men always want to scratch their itch, and Lord Itch just happened to fall for Lady Scratch, etc. "I got you under my skin." Making progress, this has a whole mythic basis!

6:30 am Monday - Finished coffee, my head a lot clearer, scratch that Lady Scratch stuff, unintentional pun, I swear. Scratch that, too ... Oops, did it again. Lady Scratch has now infected my vocabulary, my thought process. More coffee, gulping it down between these pen scratchings, no!!!! Must reclaim temple, especially new deity of my own choosing.

6:43 am Monday - Every developing world/cosmic view starts as experience, then mythologizes in upward ascent, making sense and also making palpable. All I've got so far is the itch point likened to black hole or nucleus, and conjecturing that entering (through consciousness) at that point might (likely?) be a different realm of consciousness. Not realm so much, bad word, too early for mythologizing itch point as kingdom.

7:03 am Monday - Thinking about blog today. Time to throw out some red meat. Maybe crumbs. Nose suddenly itching, think I see Heaven.
Posted by dbkundalini at 8:44 AM