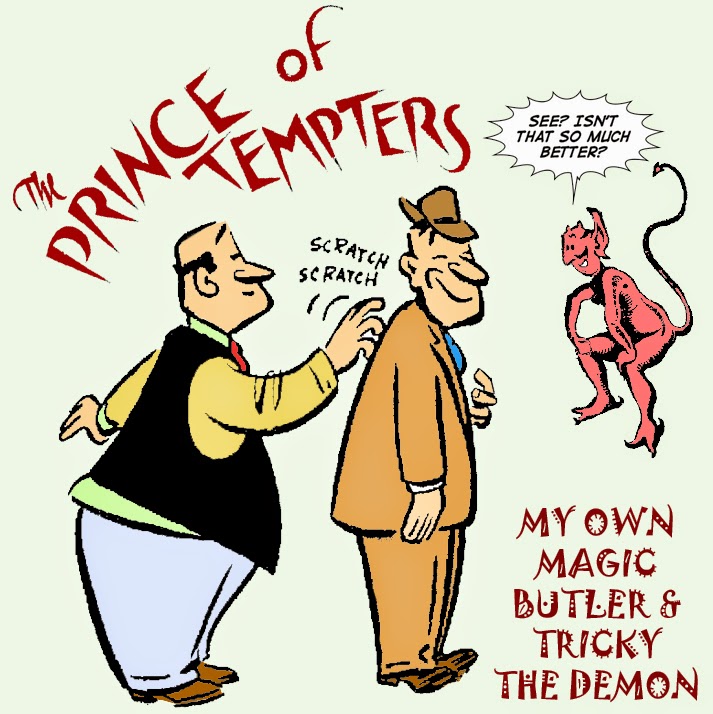 Previous "Itching" links:
Itching = Alt Consciousness Portals?
Secret Journal -- Scratching an Itch (or Not)
This Infernal Itching -- A Thorn in My Flesh

I feel a little guilty, but I'm overcoming it more and more. The short answer to guilt is obviously I wasn't cut out to be an ascetic. Whether not-scratching actually does you any good, it's looks like it can. But there must be some evolutionary reason why we scratch. It was probably those who didn't scratch who were overrun with bacteria and died. It explains why we have fingernails, and it's not just to give nail salons something to do.

I did my best with the idea. I had the idea suddenly one day that if I didn't scratch that might mean I'd be transported into other realms of consciousness. I'm always getting ideas like that, when I should just sit quietly after one comes and ask myself, Is it really likely that every stupid stray thought is a revelation? Or pick an idea and stick with it. If it succeeds, great. If it fails, at least I stuck with it. They used to advertise cars going 0 to 60 in 8 seconds. That's how fast I act on impulse.

Still, even as I think of it now, it makes a certain amount of sense. Portals to alt consciousness exist, and are likely round, and you can easily picture a round space encompassing every itch point. Even with my lack of discipline I'm smart enough to know that. But everything's changed now -- for the better, I hope -- and I'm back to scratching.

You'd be amazed at the heroic measures I took over the last couple weeks. I didn't shower for a week, thinking the more clogged my pores got, the more I'd itch, and the faster I'd attain the alt realms. I was half right. I had five times as many itches, but the commensurate realms were few. Until! I did have one, but at first I didn't think of it as alt consciousness. By and large, as my discomfort rose, I had only discomfort. It felt like things were crawling on me. Honestly, I had to look a few times, and I believed I saw something darting behind me when I was near a mirror.

So that was the alt realm! Which confused me, because it didn't seem like a reward for not scratching, because it had more to do with tempting me to scratch. Weird, huh? But that was it! I did the ascetic thing and the alt realm came disguised as sin. Which I hesitated over but gave into. Now I see, it was the reward, the payoff. Like I said, at my lowest point, I thought I saw something darting behind me, and finally I caught a glimpse in the window. There was a being ducking and hiding. I called out to it, and the name Tricky the Demon came to my mind.

Who, it turns out, was only ducking and hiding because he wanted to see me really squirm, I mean, really really squirm. Maybe for my own good, but still ... sadistic little bastard. I'll skip over the preliminaries. He told me he was here so I could go back to scratching. I resisted with all my might! I shall not scratch! But he was persuasive, saying he had the injunction to come up and assist me.

His voice was like honey, sweet to the ears, seductive like a beautiful woman, although his form, reddish, deformed, and obviously demonic was much less of a turn-on. He said in words so soft and sweet how gooooood it'd feeeeeel to let myself gooooo, etc, with very drawn out seductive language, like maybe he was selling Calgon. I said I felt bad about scratching and he had an answer for that. Which turned out to be a Magic Butler, materialized here for the job of scratching me!

So I went out for the day, trailed by Tricky the Demon and my Magic Butler. Every word of this is true, by the way. Maybe I started off confused, but this was the only alt portal I was going to get, and it was a fantastic one. In addition to scratching me, the Magic Butler is doing all the things that regular butlers do, more or less by the wave of his hand. And Tricky the Demon and I have been luxuriating on the couch, binge-watching old movies and eating free Whitman Samplers that he's teleporting in from somewhere.

I love it. All the luxury I'm getting, Tricky isn't making it, it's teleported in. Anything I want, I haven't paid for a thing. And apparently it's all untraceable. I'd guess the warehouses would have video cameras. But all they'd pick up would be the thing vanishing. Heck of a way to live, I know, but I don't see a downside. Tricky really is the Prince of Tempters, and so far I'm not noticing any ill effects. It's all great.

Anyway, I've changed my opinion 100%. Itching is out; full, free, and purposeful scratching is in. It really is true, you barely see anything when you fail to scratch. But when you're scratching -- I mean going at it with the full force of gusto, just short of drawing blood, all of life is open to you and the possibilities are endless. This is the greatest thing I've ever experienced. And that covers a number of things, of which the less said the better.

The good news, I'm back to scratching. The Magic Butler's scratching me, and himself once in a while. The places I can't reach, or don't want to because I'd have to wash my hands, I'm letting him get. Everything in front, above the waist and in plain sight, I'm going for. Tricky lies on the couch and looks at me, a playful smile. His eyes scrunch up when he smiles. He's truly delighted to see a guy in comfort.

So this is my thing now! It all worked out and it all makes sense. Alt consciousness comes from scratching and the grace of Tricky and the Magic Butler coming at my lowest point. I'm like Martin Luther King, Jr. -- I went down the mountain, I came back up, or however that goes. I imagined I saw it from afar, then I lived to arrive there, and now my children -- which I'm going to need a woman to get some of -- will someday play with children of the opposite color and be judged by their character, which will likely be very much like mine, beyond reproach.

I'm very blessed. I got alt consciousness from itching and scratching. Which maybe, like Dorothy said, I had all the time. But like her in Oz and waking up, maybe the Magic Butler and Tricky the Demon are just guys in the hood, the mailman and one of my cousins. With a bunch of old Whitman Samplers. They seem real enough. Life's still full of mysteries, like a box of chocolates, teleported in from somewhere. Over the rainbow?
Posted by dbkundalini at 6:42 AM