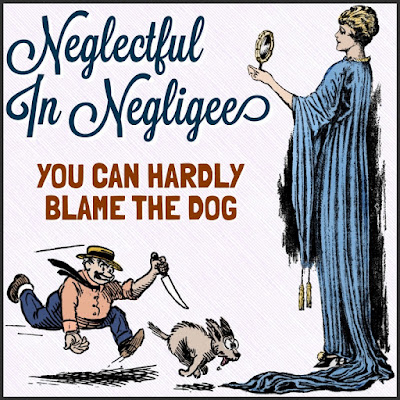 I don’t care who you are, a two-bit hustling chick on the sidewalk or Mrs. Worthington herself (!), the self-absorbed heiress killed a few years ago, it pays to maintain at least a passing awareness of your surroundings. You're looking in a mirror at your great beauty, maybe also think, "How am I going to maintain my beauty if an idiot rushes in with a knife?"

We know well these days -- I've known it since the time I peed my pants in 4th grade -- anything can happen to anyone at any time. I like the example of chipmunks, which you don’t see very often. There's a good reason for that; they had the good sense to move to the wilderness for self preservation. When we used to see them they were constantly on the lookout. Are any predators nearby? They’d duck in their hole. Kids passing through? Down they went. Sometimes I find myself a little neglectful. I’m walking the dog and there’s a close call, someone squealing their tires around the corner too fast and they just miss me. But usually I'm very alert, like a chipmunk.

When Mrs. Worthington was killed, no judge or jury could ask her if she was in any way to blame. No, of course not, she would've said, it was all the fault of the gardener and his fool dog. But, really? Fool dog, idiot gardener? Is that right? I don’t think so. Yes, Corky could’ve left the dog home that day. But hindsight’s like assholes, and if you’ve ever stood behind a dog with its tail up, you know that’s true. And even if you're smarter than Corky, accidents still happen. I take my dog out and I don’t know what might happen. But at a minimum we don’t dawdle.

So look at her: Mrs. Worthington was obviously a snooty woman very self-absorbed and hence a sitting duck. It wasn't a priority, she didn't have it on her list to monitor her surroundings. Big mistake! Because being aware of your surroundings is not a contradiction of dedicated self-absorption. Just the opposite. Self-absorption demands awareness of your surroundings for purposes of validation. You’re Number One and you're going to stay that way! If riff raff's anywhere near, your mind focuses on all looming threats. But look, she even had a rear view mirror and didn't use it for her survival. Maybe she wouldn't have seen the dog, but that big lunk Corky's always big enough to detect.

So here he comes with a knife, chasing his dog! It’s Oswald all over! The threat was obvious, even the barest bones laziest half-assed security plan pieced together by blind morons or monkeys hanging upside down could've seen at a glance the security threat he posed. But no! Then there’s Corky and his dog. Corky had the right idea, chase down a security threat with his knife. He may have failed but he was still better than the entire Secret Service of the United States of America. Just not good enough to keep the dog from clawing its way up Mrs. Worthington’s gown. And the fact that he stabbed her to death, that was pure mindlessness...

Mrs. Worthington, alas, is gone. Stupid high society dunce, wasn't she? Should’ve been watching better...
Posted by dbkundalini at 6:00 AM