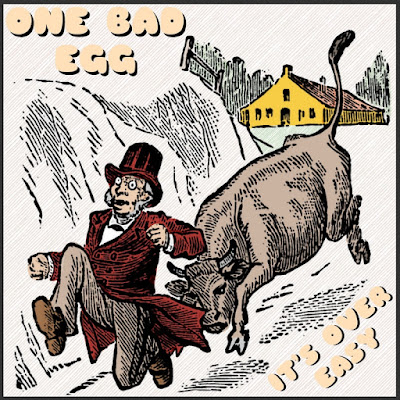 The other case of a guy chased downhill by a bull was this guy, Thornton the Magistrate. Which could’ve been prevented. Let’s think of how:

You’re the only magistrate a county's had in 50 years and you still haven’t got a basic sense of the territory? You only know the town? Well, the country comes stocked with bulls everywhere, guarding their cows and from time to time mating with them. The fact that they’re mating with them means they’re sensitive to any posed threat. Yes, maybe the magistrate had no designs on the cows. He's never been known to be a swinger.

But the bull knows what he smells. If dogs can smell fear, bulls are equally good judges on horniness. Don't forget, they're bulls, with nut-sacks the size of parachutes. They live and breathe gonads. They get their daily news sniffing the air. You should never take a date to the country. Bulls out there are, constantly sniffing, and might tap your shoulder to step in like a guy at a dance. Or just take a big swipe at your head.

Then, the idiot magistrate goes to the country in a red suit? Which part of bullfighting did he miss growing up? When they came to the part where the guy holds up a red flag just before being attacked and having to kill the bull, was he shaking a pan of popcorn in the kitchen? Then he gets back to the TV, the rodeo still on, and asks the family what he missed? Of course they’re not going to tell him the embarrassing details, a bull and a red-nosed clown are about to have a baby. If he wanted to see the mounting suspense he should’ve stayed!

I guess those are my main judgments against Thornton. Except just to throw in, the guy was a bad egg anyway and this likely was merely his day for divine justice. With the servant of the Lord in this case being a mindless bull, possibly even a blind bull, and maybe neutered at that, that didn’t care anything about the red suit and wasn't the slightest bit jealous about the cows. Just divinely led to wipe out any and all magistrates, be they corrupt, conceited, or new to the job and harmless. But, really, would anyone wear a suit and hat like that if he weren't conceited? Should've toned it down, dead man.

But I’m fairly sure the magistrate was out there to enforce some unfair judgment against an innocent citizen. Boo, hiss! That's why you don't see any citizens. They're hidden away somewhere in the cellar or attic. And playing their hand pretty well, in my opinion, making the magistrate circle the barn a few times, calling out their name, and flashing his red suit. Perfect for the bull to get him! Which just coincidentally happened to out of his locked pen!

OK, Thornton the magistrate, RIP. I'm sure his death was a loss to the widow, but magistrates are well-paid and diligent. You really have to claw your way up to be magistrate. So he had good money and good life insurance. And the widow will be better off, maybe even with a million dollars! The old man couldn’t outrun a bull? Ha ha, his loss, everyone else's gain!
Posted by dbkundalini at 6:00 AM