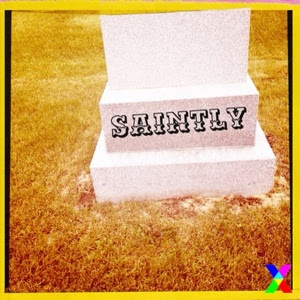 I visited the dearly departed yesterday. I had a few minutes to kill and decided to get out to the cemetery and see how things were hanging.

Every trip to this field of stones seems to have its own character, of course depending on what mood I show up with. Yesterday, I was in a solemn mood, for whatever reason, maybe guilt for having given them such a poor Memorial Day.

I focused in, like always, on the situation at hand ... Death is certain and final. But right there, only a few feet beneath the ground, are the earthly remains of whoever. Dad, old friends, old neighbors, and strangers. Some are the pioneers. The pioneers, just guessing, are now little more than dust. Maybe a few buttons, no zippers, the zipper being a relatively recent invention. Named because of its zipping noise.

The pioneers had it rough, I believe, very rough, depending on which wave they came in on. If they got there three weeks late, the true pioneers said, "Yeah, glom on to our coattails!" Giving them a complex, finding themselves between being a pioneer and a wannabe. Although probably they weren't thinking so much of being a pioneer, more thinking about just living their normal life, like I was yesterday. Certainly now it's all relative. If they lived anytime before 1900 they're a pioneer, whether they were or not.

Wandering the grounds there ... naturally I dashed from tree to tree, hoping some passing motorist would think he saw a spirit ... I kept it all respectful, as one should. If I saw someone's stone I knew, I paused and thought of them. A lot of my memories are very indistinct. I can't always recall mentally just what everyone looked like, but I believe I'd recognize them were I to see them again. One stone was for a kid I knew when I was a kid. We played together, and knew each other well, of course. He died within the last 10 years in a vehicle fire, all grown up. According to his stone, he had five kids. Which was a surprise to me, since the last time I remember seeing him we were teenagers.

The great thing about being in the cemetery, and dead, is that you're completely removed from everything happening here. No more worries about your truck, your bills, and what tomorrow brings. No one's expecting you to care. You've stepped beyond everything, up into the sainted, exalted regions, and that's all there is to it.

In the case of my old friend, being in a vehicle fire, that was entirely unexpected. So he's got one of the plaques about "No farewell words were spoken, No time to say goodbye..." That's a killer, because you know they meant it. Whereas, had he been on his deathbed, lingering, at least everyone could come in and offer up a final word. "Sorry you're sick ... get well soon."

My experience, though, on that count, is that the final words aren't always worth it. Because the person (and you) don't want to face the obvious facts directly. As for me, it'd be refreshing -- let's say I linger in my final throes -- to have people step up and say something along the lines of, "So you're dying. How does that feel?" Then, depending how it does feel, I'd tell them. It feels like crap, it feels great, it feels sad, it feels happy.

I imagine myself saying, "Tell me farewell, dear one, then go back and live your life, and let me have these last few minutes to myself." Because it's like my old olfactory hallucinations. It's a sensation only I can experience, and I'd like these last few minutes alone to train my attention on the anahata chakra and the rest, because I believe the brain-mind-heart is about to testify loudly to me that it was (and ever shall be) integral with the highest reality, and that complete Oneness was never a razor's edge away. "Tell everyone goodbye for me." Instead, of course, people want to tell you you're going to pull through.

Saintly, aren't I? Yes, I certainly am. I'm such a saint, they ought to put that on my stone. SAINTLY. 'Among the people I knew, he was the saintliest that I ever knew of those who walked the earth.' I guess that's one of the thoughts I had strolling among the stones, how saintly everyone appears, with the tokens of remembrance left, the inscriptions inscribed, and the many references to God.

My thought on all this getting up this morning was how much cooler it'd be, instead of a stone, just to have a big log on your grave. The log would just be there, OK... How long does a log last? 50 years? I bet a log would last longer than that, even untreated. Anyway, however long it lasts, 50-100 years, that's all it's going to take for everyone who knew me to also pass away. Then 100-125 years, my log is just withered to dust. Most of it blew away from the strong winds we periodically get. Pieces get scattered in the dust, up against the fence, bugs carry it off. They're in and out everywhere you look.

Finally, a bug carries off the last scrap of my log, a tiny little piece that everyone else has overlooked. And there I am. I'm dead, my earthly remains (cremains) unseen, the grave clear of everything. Just clear, flat. Now every time the wind blows, it's unimpeded. No more log to slow it down. And at last I'm one with the pioneers.
Posted by dbkundalini at 5:43 PM